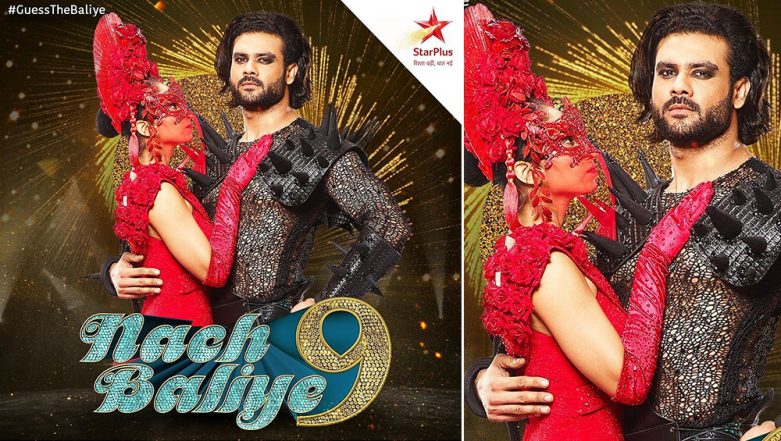 Salman Khan-produced dance reality show Nach Baliye 9 is now premiering on Star Plus. The superstar is back at being his ownself while hosting, and it will remind many of you of him in Bigg Boss seasons. Vishal Aditya Singh and his his ex-girlfriend Madhurima Tuli are here to mesmerize the audience with their dance moves. Nach Baliye 9 Contestant Vishal Aditya Singh on Reconciling With Ex-Girlfriend Madhurima Tuli: ‘I Am Done With Her’

Talking about their relationship, Vishal Aditya Singh and Madhurima Tuli played on-screen lovers in a fantasy show Chankrakanta and gradually fell in love with each other. After dating each other for almost a year, they called it quits. Apparently, the duo tried their best to save their relationship, however, things did not work between the two and decided to part ways.

While not much was said about their breakup then, Vishal, who has been rehearsing for the grand premiere of Nach Baliye 9 with Madhurima, recently opened up about the equation with her after they both parted ways. He told Indian Express, "We have worked together earlier so I am used to it. But to tell you honestly, I did not enjoy even working with her."

He further added, "I like hardworking and passionate people. Be it work or love, you need to have that junoon (determination). I am a little scared because we don’t have the same work style. Let’s see how it all goes in the competition." Revealing the reason for their breakup, Vishal said, "We would break up and then patch up often. I was actually clueless in the relationship. After a point, I was made to realise that I wasn’t worthy of her."

Adding further, Vishal revealed, "That’s when I knew this was not meant to be. The time I was with her, I was always put down. I had lost all my positivity and the will to grow. Honestly, I wasn’t happy with her at all and knew she was not the right one." Nach Baliye 9: From Supriya-Sachin Pilgaonkar to Divyanka Tripathi-Vivek Dahiya, Here’s a Look at the Past Winners and Their Current ‘Couple’ Status

If you are wondering, that since the two are working together, they might reconcile, Vishal clarified in his interview that he is now done with her. He told the web portal, "I am done with her and the relationship. I will never want to get back with her. I don’t hate her or have a grudge against her. I just know I will never be happy with her."

On the professional front, Vishal Aditya Singh, who is best known for the role of Lakhan Thakur in Begusarai and Veerendra Pratap Singh in Chandrakanta, was last seen in the Star Plus show Kullfi Kumar Bajewala. Meanwhile, Madhurima Tuli rose to fame with show Kumkum Bhagya, where she played the negative character Tanushri Mehta. She was last seen as Sanjana in the horror/thriller television series Qayamat Ki Raat on Star Plus. Stay tuned to this space for more updates.