The merit list for other regions such as Amravati, Nagpur, Nashik and Aurangabad is also available on their respective websites. 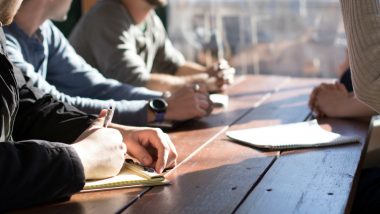 The Maharashtra School Education and Sports Department (SESD) had declared the second merit list for the junior colleges in Mumbai and Pune. After getting delayed by two days, the First Year Junior College’s (FYJC) cut-off list is released today at mumbai.11thadmission.net, pune.11thadmission.net. According to the schedule, the admission process for the same will begin from July 19 till July 21. It has been further reported that the merit list for other regions such as Amravati, Nagpur, Nashik and Aurangabad is also available on their respective websites.

The cut-off release date was pushed to July 19 following a Bombay High Court’s Nagpur Bench directive to return surrendered quota seats to minority institutions. FYJC first merit list was published on July 7, and the third merit list is slated to release on July 26 at 11:00 am followed by the fourth list on August 2. Vacancies in top colleges are few. Several media outlets suggested that in Vaze-Kelkar College, Mulund under the open category, the cut-off for science stream admission has dropped by six marks, four marks in arts and two marks in commerce. Those who have scored 93 per cent can secure a seat.

On the other hand, Mithibai College demands 86 per cent in commerce stream. During the first round of admission, about 50,000 seats were filled by deserving candidates. This year, about 2.3 lakh students have applied for a large number of seats in the city colleges to seek admissions in the city colleges. Candidates can check their status online entering the 6-digit application form number.

(The above story first appeared on LatestLY on Jul 19, 2018 03:15 PM IST. For more news and updates on politics, world, sports, entertainment and lifestyle, log on to our website latestly.com).