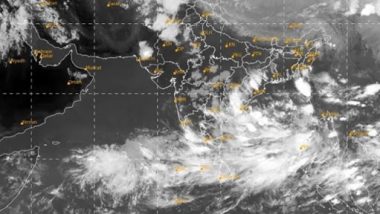 Cyclone Yass Forecast track and intensity are given in the following table:

Cyclone Yaas is very likely to cross north Odisha-West Bengal coasts between Paradip and Sagar islands around noon of May 26 as a Very Severe Cyclonic Storm. The IMD issued a weather warning saying that very heavy rainfall is likely over Andaman and Nicobar Islands on May 23 and 24; over parts of Odisha on May 25; over West Bengal from May 25-27, over Jharkhand on May 26 and over Bihar on May 27.

(The above story first appeared on LatestLY on May 24, 2021 11:12 AM IST. For more news and updates on politics, world, sports, entertainment and lifestyle, log on to our website latestly.com).