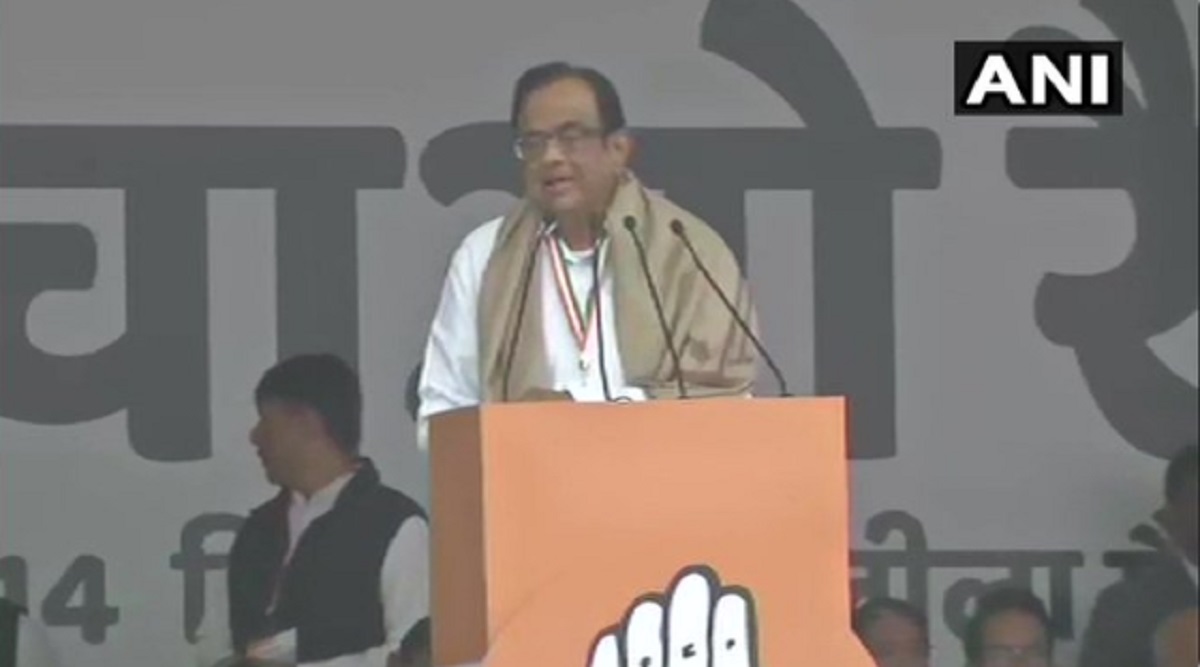 New Delhi, December 14: At the "Bharat Bachao" rally called by the Congress on Saturday to protests against citizenship law and soaring unemployment, former Union Finance Minister P Chidambaram launched a scathing attack against the Narendra Modi government. The Congress veteran accused the Prime Minister of driving the country's economy to the ground in the last six months, further adding that his Ministers and bureaucrats have failed to caution the government.

According to Chidambaram, Finance Minister Nirmala Sitharaman is "clueless" on how to address the deepening state of economic slowdown. The central Ministers, he alleged, have been tasked to only issue statements which could divert the people's attention from the "real issues". 'Economy in ICU, Democracy Murdered,' Tweets Rahul Gandhi Ahead of Bharat Bachao Rally in New Delhi's Ramlila Maidan.

Although the wreckage of Indian economy could be traced to the "disastrous" steps taken by the Centre over the last  five years, it should be particularly attributed to the handling of economy in the last six months, said Chidambaram.

"In six months, Modi government has wrecked India's economy. Yet Ministers are completely clueless. Yesterday, Finance Minister said everything's alright, we're on top of the world. The only thing she didn't say was 'achhe din aane wale hain'," the 74-year-old said at the mega rally called in the national capital.

Chidambaram further pointed towards the revisions being made by the Reserve Bank of India (RBI) in their GDP forecast for the current financial year. The degradation of GDP estimates prove that the economy is headed towards a free fall, he claimed.

The RBI, in its latest forecast, has predicted the GDP to grow at 5 percent this annum -- down from 6.1 percent it had forecast in the estimate issues in October. Notably, the central bank had in February predicted the Indian economy to accelerate at 7.4 percent.