Dry Day 2022 Dates in Delhi: No Liquor Sale on Dussehra, Diwali As AAP Government Declares Them As Dry Days 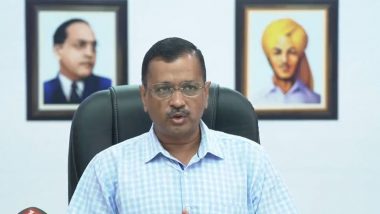 The news comes after earlier this year, the AAP government in Delhi reduced the total number of dry days from 21 to 3 only. This led to a huge controversy. However, the government rolled back its decision and retained the number of dry days to 21. Is It Dry Day on 2nd October for Gandhi Jayanti 2022 in India? Check if Alcohol Will Be Available for Sale in Liquor Stores, Bars, Pubs and Restaurants Across Country.

Back then an official said, "In the old excise policy, there were 21 days when shops remained closed on important religious festivals and anniversaries of great personalities of the country." The official further added, "Since the government has decided to go back to the old excise policy that was there before November 17, 2021, it is likely to retain the 21 dry days," reports India Today.

According to a report in the Times of India, on Tuesday, the Delhi government's excise department notified a total of five dry days in October and November when outlets selling liquor will remain closed in the city. When the new excise policy was in place in the city Delhi observed dry days on two occasions. First on January 26 and then later on August 15. Dry Day Today on October 5 for Dussehra 2022 in India: Alcohol Will Not Be Available For Sale in Pubs, Restaurants or Liquor Shops on The Festival Day Across The Country.

(The above story first appeared on LatestLY on Oct 05, 2022 10:16 AM IST. For more news and updates on politics, world, sports, entertainment and lifestyle, log on to our website latestly.com).