A health official was arrested in Kerala on Monday for allegedly raping a 44-year-old woman, who met him for a coronavirus (COVID-19) negative certificate. 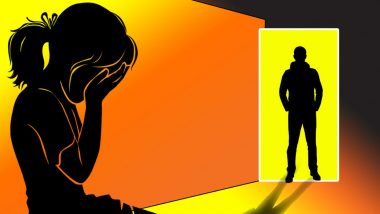 Thiruvananthapuram, September 7: A health official was arrested in Kerala's Thiruvananthapuram on Monday for allegedly raping a 44-year-old woman, who met him for a coronavirus (COVID-19) negative certificate. The alleged sexual assault took place on September 3. The woman, who was working as a home nurse in Malappuram, was quarantined at her relative's place and the accused, identified as junior health inspector Pradeep Kumar, would call her every day to check on her due to COVID-19. Ambulance Driver Rapes COVID-19 Patient in Pathanamthitta District, Arrested.

According to the survivor's complaint filed at the Vellarada police station on Sunday, after she completed the quarantine period, Pradeep Kumar asked her to come to his residence to get COVID-19 negative certificate. On reaching his house, the woman alleged she was allegedly wrongfully confined, tied-up, physically assaulted and raped by the junior health inspector. Based on the complaint, police arrested Kumar. Woman Files Sexual Harassment Complaint Against Vijayawada Hospital Superintendent.

"The official allegedly physically assaulted her, tied her hands and mouth for some time in between, and raped her. The medical examination has been done. Further investigation is underway. A case has been registered under section 376 of the IPC," Circle Inspector Suneesh was quoted by NDTV as saying. Kerala Health Minister KK Shailaja has ordered for the suspension of Kumar from service, pending the enquiry.

Yesterday, an ambulance driver was arrested in Kerala's Pathanamthitta district for allegedly raping a 19-year-old patient infected with the coronavirus. The accused, Noufal, was dismissed from service, the Kanivu 108 Ambulance Services said in a release.

(The above story first appeared on LatestLY on Sep 07, 2020 04:56 PM IST. For more news and updates on politics, world, sports, entertainment and lifestyle, log on to our website latestly.com).