The Ministry of Home Affairs (MHA) is likely to announce 100 days annual leave for every security personnel of all Central Armed Police Forces (CAPFs), sources in the government said. 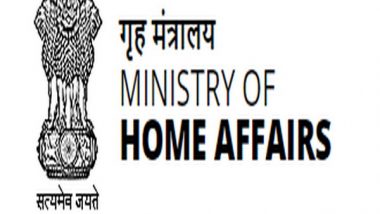 New Delhi, April 24: The Ministry of Home Affairs (MHA) is likely to announce 100 days annual leave for every security personnel of all Central Armed Police Forces (CAPFs), sources in the government said.

They said that the MHA has been mulling all contours of a policy that will provide 100 days leave to each security personnel of the CAPFs to spend at least 100 days with their families in a year.

The policy was announced in October 2019 by Union Home Minister Amit Shah with the aim to reduce work-related stress and enhance the happiness level of about 10 lakh jawans who are deployed on arduous duties in some of the most challenging areas and at remote places.

As of now, CAPF personnel on an average get nearly 75 days' leave every year which may be increased or reduced as per the operational requirements of the Force.

A senior official in the Ministry said that to ensure fast and smooth implementation of the leave policy, several rounds of meetings were held in the MHA and the latest was held early this month.

He said that the Ministry has taken suggestions from all CAPFs with their opinions and it is expected to take a final call on this policy soon. It may be announced by the next month or so.

The officials said that the CAPFs' Director Generals have submitted their recommendations after taking feedback from the field formations. The Central Reserve Police Force, one of the largest CAPF, had suggested to the Ministry that the casual leave of the personnel may be increased to 30 days from the present 15 days, the officials said, adding that the rest of the Forces also gave their opinions. Ministry of Home Affairs Calls For Foolproof Security Arrangements For Upcoming Amarnath Yatra.

In December 2021, Union Home Minister Amit Shah, while addressing Border Security Force (BSF) jawans in Jaisalmer, said that the jawans are deployed for the security of the country in 50-degree heat and minus temperatures in the cold seasons. "The Central government is making efforts so that every soldier who gives his golden time to the country can spend about 100 days in a year with his family. This is a big responsibility of the government, which will be fulfilled soon," Shah had said.

Once this policy is effectively implemented in the BSF, Indo-Tibetan Border Police, Central Industrial Security Force and the Sashastra Seema Bal, it will also be implemented in other CAPFs like the Assam Rifles, National Security Guard and the National Disaster Response Force.

The officials in the Ministry said that once this policy is implemented it would be reviewed periodically and could prove to be a �game-changer' in respect of the welfare of the CAPF personnel.

The senior security personnel deployed in the field formations have also admitted that after the implementation of 100 days annual leave policy, the cases of suicides and fratricide will be reduced to a great extent. This will also reduce the number of VRS (voluntary retirement scheme) cases in the CAPFs, they added. Ministry of Home Affairs Forms 3-Judge Panel To Review Cases Under National Security Act.

According to a rough estimate over 80,000 security personnel have taken VRS in the last one decade and this is also the main reason for the overstretched duty hours of the force personnel.

The officials said that the Centre has taken many steps to raise the satisfaction level of the 10 lakh force personnel recently. In this connection, around 35 lakh �Ayushman' health cards have been given to CAPF personnel and their families and they can now avail �cashless treatment' at 24,000 empanelled hospitals under Ayushman Bharat PM-JAY across the country.

Under these cards, there is no limit on the expenditure incurred on the treatment of the CAPF personnel and their family members. This scheme is a joint initiative of the Home Ministry, Health Ministry and the National Health Authority.

The government is also trying to improve housing infrastructure for CAPF personnel and more and more family accommodations are being provided to the security personnel in the field formations where they can keep their families, the officials said, adding that this will also reduce the need for leave for the jawans.

(The above story first appeared on LatestLY on Apr 24, 2022 09:01 AM IST. For more news and updates on politics, world, sports, entertainment and lifestyle, log on to our website latestly.com).