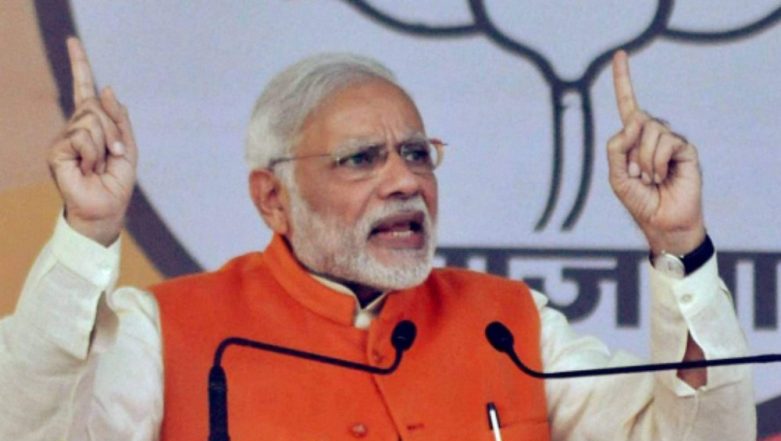 New Delhi, February 27: Prime Minister Narendra Modi cut short his address at a function in Vigyan Bhawan on Wednesday and rushed to attend a meeting to review the security situation arising out of Pakistan's attempt to violate Indian air space.

Modi was replying to the questions from youngsters during the National Youth Festival 2019 when he was handed over a small piece of paper by an official of Prime Minister Office (PMO). Rajnath Singh Holds High-Level Meeting on After IAF Destroyed JeM Terror Camp in Pakistan.

The Prime Minister immediately stopped and walked toward the panelist where Union Minister Rajyavardhan Rathore was also present. The PM waived at the audience and immediately left the dais and rushed to his office.

The government is in a huddle to discuss the security situation arising out of February 26 development after Indian Air Force bombed a vast and advance Jaish-e-Mohammad terror training camp in Balakot in Khyber Pakhtunkhwa in Pakistan.