The exclusion of the Apna Dal from the Modi government on Thursday has left the party 'hurt and upset. 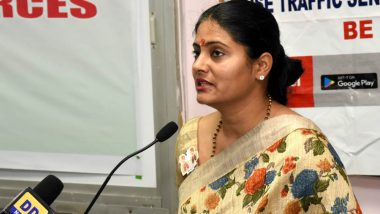 Lucknow, May 30: The exclusion of the Apna Dal from the Modi government on Thursday has left the party 'hurt and upset. According to sources, Apna Dal leaders were sure that Anupriya Patel would not only be included in the government but would also be elevated to, at least, minister of state with independent charge. In the previous Modi government, Patel was Minister of State for Health.

Party sources said that Anupriya Patel had been told that she would be included in the next cabinet expansion that would take place, in all probability, before the Monsoon Session.

While Anupriya and her husband Ashish Singh, who is the party president, could not be contacted, other Apna Dal leaders said that the manner in which the BJP had treated the party was "unacceptable".

"We contested two seats in 2014 and 2019 and we won both. Which other party can boast of a 100 per cent success rate? We were promised more cabinet position in the Yogi government but that has not happened.

"We have just one cabinet minister in UP. The Apna Dal has never driven hard bargains or voiced its displeasure but that does not mean that we should be taken for granted," said a Apna Dal legislator who did not wish to be named.

(The above story first appeared on LatestLY on May 30, 2019 08:59 PM IST. For more news and updates on politics, world, sports, entertainment and lifestyle, log on to our website latestly.com).