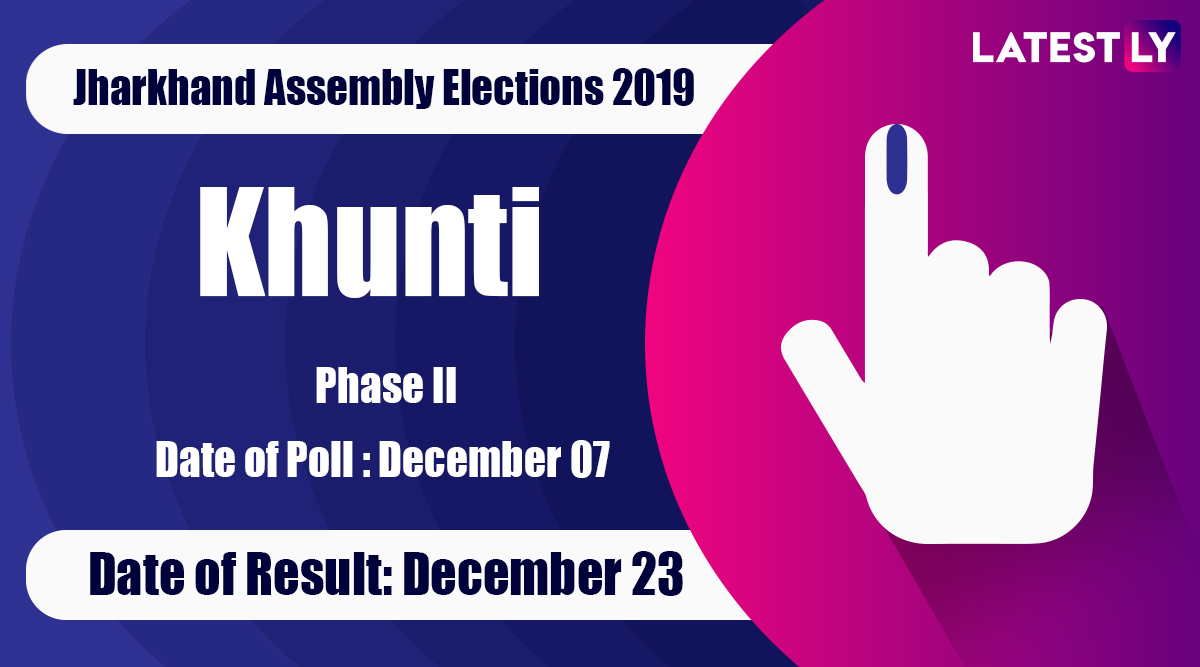 Ranchi, December 7: Khunti, the assembly seat located in Kunti district of Jharkhand, will vote on December 7 in Jharkhand Assembly Elections 2019. The Khunti seat goes to polls in the second phase of elections, scheduled on December 7 and is a (ST) reserved seat. Khunti is constituency number 60 and was earlier a part of the Ranchi district. Khunti has been a BJP bastion for the past 20 years. Phase-Wise List of Seats Going to Polls in Jharkhand.