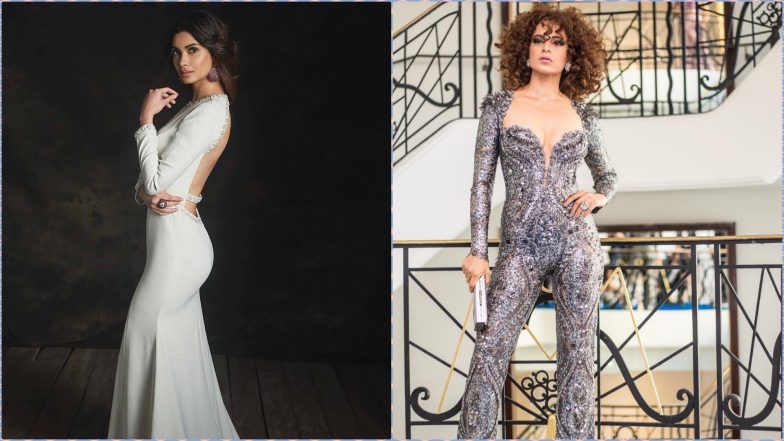 Mumbai, May 13: Actress Diana Penty will make her debut at the red carpet of the Cannes Film Festival, and she is thrilled about it. She will be a part of the film gala as part of an association with vodka brand Grey Goose, which is celebrating victories of Indian cinematic talent through its new global platform Live Victoriously. Cannes 2019 Schedule for Indian Celebs: On Which Dates Will Aishwarya Rai Bachchan, Hina Khan, Sonam Kapoor, Deepika Padukone, Kangana Ranaut Walk the Red Carpet?

"India has seen great recognition and appreciation at the prestigious Cannes Film Festival in recent years. I am excited to be invited by the brand to be part of the event this year and I look forward to celebrating the experience with the global icon of luxury in the country of its origin," Diana said in a statement. Kangana Ranaut To Walk Cannes 2019 Red Carpet on This Date For Vodka Brand Grey Goose.

Apart from Diana, Kangana Ranaut and Huma Qureshi will be seen at the Cannes red carpet for the brand this year. Diana began her modelling career in 2005. She made her acting debut in 2012 with the romantic-comedy film "Cocktail", and followed it up with "Happy Bhag Jayegi", "Lucknow Central", "Parmanu - The Story of Pokhran" and "Happy Phir Bhag Jayegi".

Anshuman Goenka, Marketing Head of Bacardi India, said: "It is a pleasure to have an absolutely charming and skilled actress like Diana Penty debut at the Cannes Film Festival with our brand. Diana has carved a niche for herself with her impressive performances. She has been a symbol of sophistication and truly embodies the idea of living victoriously by celebrating each big and small achievement and striving for higher accomplishment." The Cannes Film Festival will be held from May 14-25.