Father's Day 2021: Five Best Movies To Watch With Your Dads In Celebration of This Day

From a tear-jerking fest called the Pursuit of Happyness to a laugh riot, aptly named Father's Day, here are the five best movies you can tune into on this day. 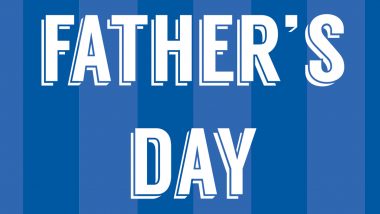 Every Father's day we find ourselves bereft of ideas or activities to do with our dads that will not bore either one of us tears. Let's face it, while mothers are the epitome of patient, father mostly believe in getting the show on the road as quickly as possible. With another Father's Day rolling around, it can be nerve-wracking to find the perfect activity to celebrate your dad. A perfect activity that will also double up as an apology for years of teenage angst expressed through, blaring music, slammed doors and just unadulterated trauma that was subjected upon your ever-so-loving dads. So what could be better than, grabbing some popcorn, beer and make a movie night out of this Father's Day. From a tear-jerking fest called the Pursuit of Happyness to a laugh riot, aptly named Father's Day, here are the five best movies you can tune into on this day.

Starring two comedic geniusesBilly Crystal and Robin Williams, this movie will keep you laughing even after they've rolled out the ending credits.  Jack (Billy Crystal), a cynical lawyer, and Dale (Robin Williams), a depressed writer, have one thing in common a woman named Collette that they each dated. When Collette enlists them to help her search for her runaway teenage son, unknown paternity issues with a side of hilarity ensues.

What a Girl Wants

A cult classic that perfectly sums up a father-daughter relationship in its entirety. What a girl wants is a tale about a daughter's quest for her missing father who turns out to be royalty. Seriously, it is What a Girl Wants!

No movie is complete without Steve Martin In the Picture. Parenthood basically sums up what parenthood is all about; a heavy load of stress with a dollop of aww-shucks moments that make it all worth it.

Father of The Bride

This one is for the ages. A father-daughter classic hat never gets old. An endearing and hilarious watch of a father's panic fuelled psyche when his only daughter - the apple of his eye - is about to marry and leave his home. Add a great performance by Martin Short who plays an eccentric European wedding and you have the recipe for a movie night hit.

Fair warning folks, this one is not the faint of heart. This tear-jerker is a script replete with hardships and a father's determination to overcome them at all cost for his son. Through it all, the main protagonist (Will Smith) remains the loving father who endures and perseveres to take care of his five-year-old son.

(The above story first appeared on LatestLY on Jun 09, 2021 09:14 PM IST. For more news and updates on politics, world, sports, entertainment and lifestyle, log on to our website latestly.com).