National Handshake Day: From the Itty Bitty Handshake to the Best-Friends One, Here Are the Various Types and What It Says About Your Personality! 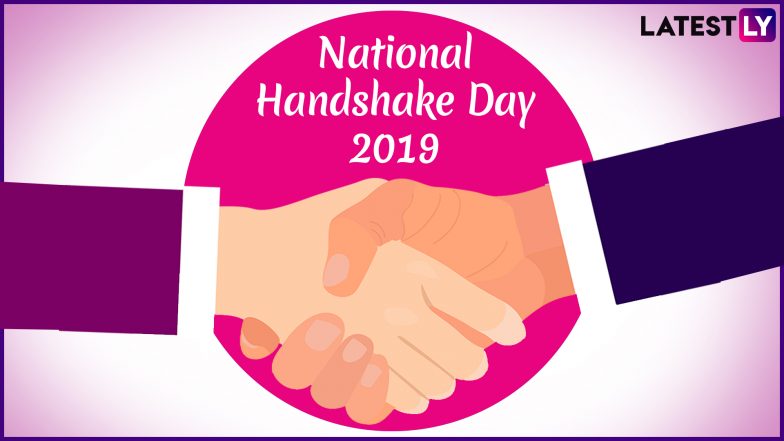 The last Thursday of each June, aka this year June 27 is celebrated as National Handshakes day. And if you are wondering why handshakes are such a big deal then please retrospect, aren't handshakes the most common form of greeting that we resort to? It's a perfect way to greet people with a limited amount of physical contact. The history of handshakes dates back to days before we had written records as it is one of the easiest non-verbal modes of communication. Video: Virat Kohli and Tim Paine Exchange 'Frosty Handshake', Mitchell Johnson Calls Indian Captain 'Silly' and 'Disrespectful.'

However, in today's modern day and age, when we have understood the form of greeting so well, handshakes can easily be divided into different types. It is no rocket science to understand if the handshake was affirmative or negative, but still, here are a few common types of handshakes that exist:

Firm handshake: This type of handshakes show that you are really interested in the person you are shaking hands with. It shows that you care about the person and are willing to hear more from that person.

The best friends handshake: This can be more than just a simple handshake. You may have your own, weird way of shaking hands with friends, for example, the nose touch "handshake" from Kuch Kuch Hota Hai. When you shake hands this way it shows that you are really close with the person you're shaking hands with.

Here's a funny version of types of handshakes that exist:

Handshakes can be of as many types as you want it to be! Like the awkward handshake, the fist bump and the crazy handshake are a few of many handshakes that exist! Well, no matter what type, handshakes should always be positive and spread happiness, what say?