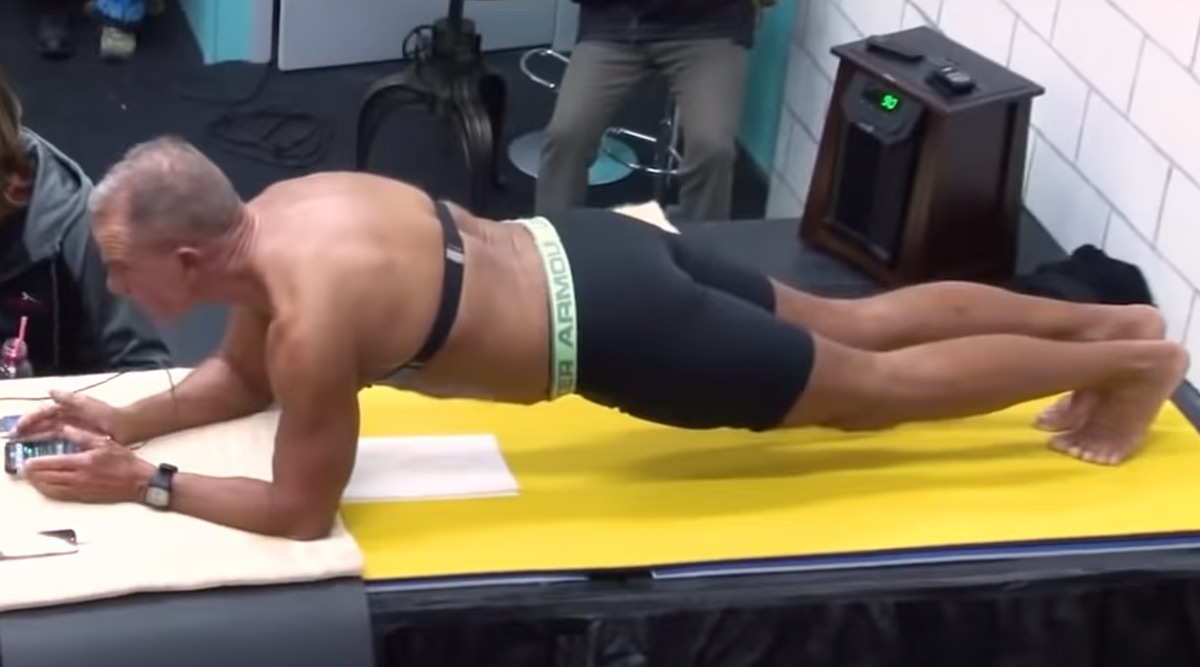 Now that’s a super impressive record at any age! George Hood, 62-year-old US former Marine has built a new record by holding plank for more than 8 hours. As much unbelievable it is, Hood hold himself for eight hours, 15 minutes and 15 seconds straight. This entered him the Guinness World Records for a male to carry the position for that much longer. The video showing the 62-year-old performing plank, is giving all kinds of motivation needed for all the fitness enthusiasts. How did he prepare for the title? According to media reports, Hood did around 2,100 hours of planking to prepare for the event and achieved this feat. Himachal Pradesh Prepares 1,995 Kg 'Khichdi' on Makar Sankranti, Enters Guinness Book of World Records.

Hood is also a retired Drug Enforcement Administration supervisory special agent, and he is not new in the record field. In 2011, Hood held plank for 1 hour and 20 minutes and broke the record for longest plank at the time. When he tried to set it again in 2016, the former US Marine lost to Mao Weidong from China who holds a plank for 8 hours, 1 minute and 1 second. Hood is from Naperville, Illinois. He was adamant about reclaiming his title. He trained every day. For the past 18 months, he has reportedly been planking for an average of 7 hours every day leading up to the big event. During this time, he also did 674,000 sit-ups and 270,000 push-ups. Mount Everest Fashion Runway 2020 in Nepal Sets Guinness World Record, Miss Universe Sri Lanka 2018 Ornella Gunesekere Among Participants.

As per Guinness World record, Hood is inspired by Five15 Fitness- a gym established to address mental illness through exercise. His next goal to set the Guinness World Record is for most push-ups completed in one hour. Meanwhile, the female record for plank is held by Dana Glowacka from Canada, who held a plank for 4 hours, 19 minutes and 55 seconds in 2019.