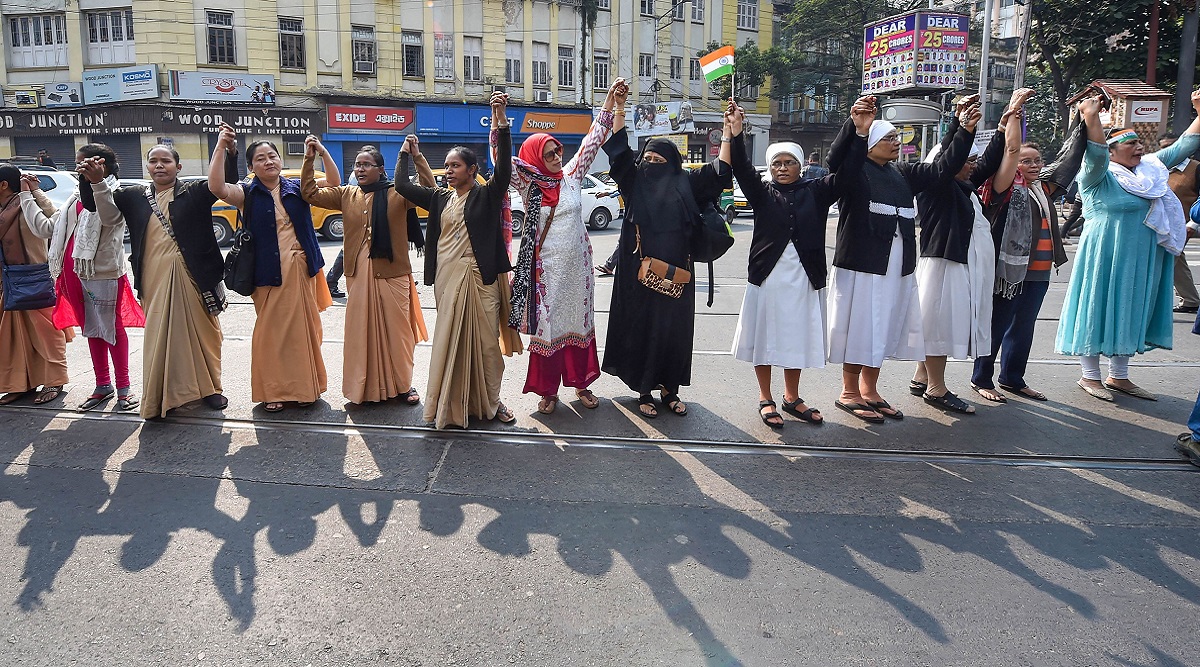 Twitterati shared an array of videos and images of the human chain protest, which reflected the participation of people from all walks of life. Commoners cutting across gender, age groups, religious and caste affiliations turned up to join their hands in solidarity against the citizenship agenda of the Centre.

A young boy reading out the preamble of the Indian Constitution to the Human Chain in Palakkad, on the occasion of 71st Republic Day.

A state fighting a fascist state.

'For a Secular India'

Kerala formed a Human Chain with #70Lakh people.The human chain spanned a whopping #620KM.Mr. Modi,people won't fall for your antics again.We are awake,We will protest and We will Win,for a secular India. #KeralaHumanChain #CAAProtest pic.twitter.com/ABR12PI1DY

Videos of the Human Chain Protest

The heli cam view of #KeralaHumanChain from Kannur

The human chain had evoked the participation of nearly 70 lakh people. The protest date coincided with Republic Day, which commemorates the adoption of Indian Constitution. The demonstrators read out at the Preamble of the Constitution, which states that India would adhere to the spirit of socialism and secularism, while guaranteeing equality, liberty and fraternity to its citizens. The call to form the human chain was issued by Chief Minister Pinarayi Vijayan, who demanded Keralites to join hand against the BJP leaders of neighbouring Karnataka who allegedly want to stoke communal tensions in the coastal state.