Viral Videos of the Week: From Jyoti Kumari Cycling 1200 Km Carrying Her Injured Father to Elderly NY Couple Reuniting After Months, Watch Clips That Spread Joy and Hope Amid Pandemic 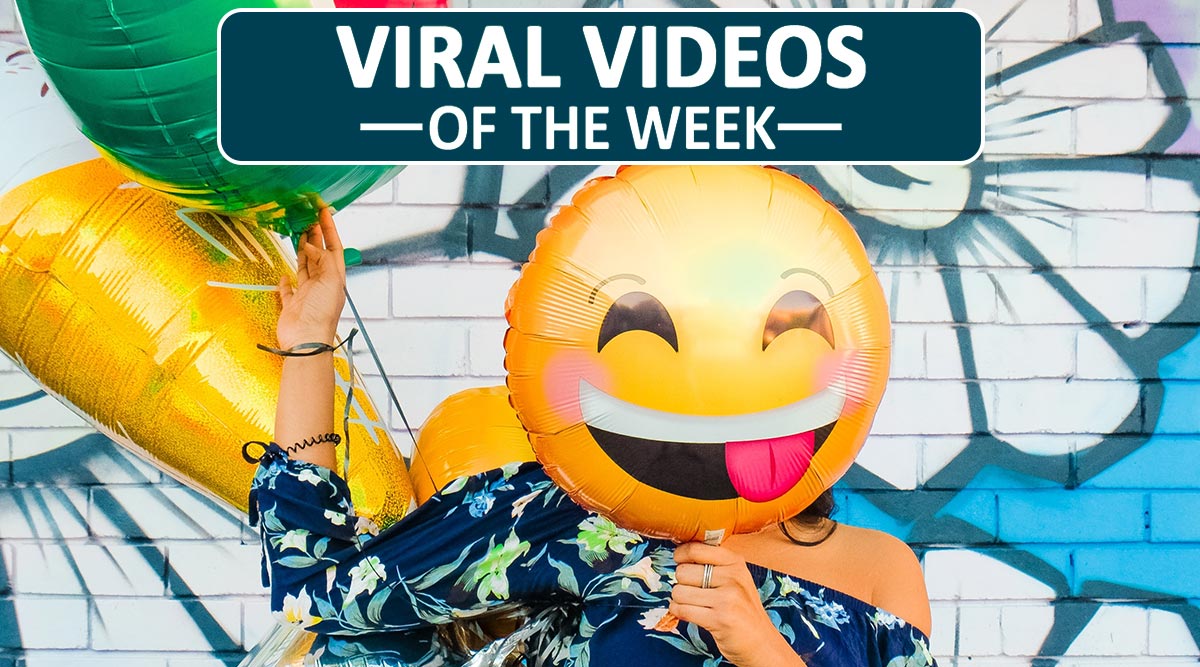 It is that time of the week again, when we take a look back at those moments that insanely went viral on social media. Where the pandemic has taken a significant toll on of our mental health, it is the increased engagement of Instagram, Twitter, Facebook and other social media apps that is in some way helping us to keep our sanity. Each hour, there are many videos and memes garnering everyone’s attention at a time. This week too, we were blessed with many such videos on social media. Many clips have surfaced online, but we can only pick up the best ones, that garnered many views, spread joy and also gave us too many information, about a few things we never wanted to know. From 15-year-old Jyoti Kumar carrying her injured father from Gurugram to Darbhanga in India to the heart-warming moment of elderly couple re-uniting after months of being apart because of coronavirus, here are videos that spread joy and hope amid the pandemic.

A 15-year-old girl carries injured father on a bicycle, covers 1200 km distance from #Gurugram to #Bihar

This 15-year-old girl, Jyoti Kumari cycled her way for about 1,200 kilometres from Gurugran to Darbhanga in Bihar, India with her injured father as pillion. The father and daughter started their journey from May 10, and reached their native ten days later. Video of the girl cycling with his father at the rear side carrier of her cycle has gone viral.

Hamako Mori, a 90-year-old Japanese woman, has been recognised as the oldest gaming YouTuber by the Guinness World Record. Famously known as ‘Gamer Grandma,’ she has over 250,000 subscribers on her channel. She started gaming 39 years ago.

Elderly NY Couple Re-Uniting After Months of Being Apart

After spending months apart due to the coronavirus pandemic, 89-year-old Jean and 91-year-old Walter Willard, who have been married for 70 years, were reunited at their nursing home in Troy, New York. pic.twitter.com/wrdGDEbLjH

Like many other elder couples, 89-year-old Jean and 91-year-old Walter Willard were parted too because they were prone to contract the virus. After spending apart for months, the New York couple finally reunited at their nursing home in Troy. Their video of reuniting is so moving.

We have released 21-second newsreel clip featuring the last known images of the extinct Thylacine, filmed in 1935, has been digitised in 4K and released.

This rare video, which was shot in 1935, was released by the National Film and Sound Archive of Australia (NFSA). The footage features Thylacine, one of the largest known carnivorous marsupials native to Tasmania, New Guinea, and the Australian mainland. It is the distinctive striped lower back of the animal that had earned it the name of the Tasmanian tiger.

These are the four videos that had gone viral on social media. We hope that this difficult time passes soon so that that life can return to normalcy again. Meanwhile, we wish a happy weekend.