Swami Vivekananda Punyatithi 2022 Quotes: Images, Messages, SMS And Inspiring Teachings of The Spiritual Icon That Will Enlighten Your Mind

Modern thinker and Spiritual Guru Swami Vivekananda believed in the comprehensive upliftment of society. Monday, July 4 marks the death anniversary of the Swami Vivekananda. Let’s remember a few sayings by the Hindu monk and philosopher.

Swami Vivekananda is one of the renowned Spiritual icons who introduced Indian teachings and practices of Vedanta and Yoga to the western world and brought  Hinduism to the status of a major world religion during the late 19th century. The legendary figure played a significant role in India's contemporary Hindu reform movements. On July 04, 1902, at 20:50, Swami Vivekananda took Mahasamadhi while meditating in his room at the age of 39. Therefore, every year his followers mark his death anniversary on July 4. Read below some of the most exemplary teachings on life by Swami Vivekananda that will encourage you to live a better life. Swami Vivekananda Punyatithi 2022 Messages: Netizens Share Motivational Quotes, Status and Images To Remember India's Finest Spiritual Leader. 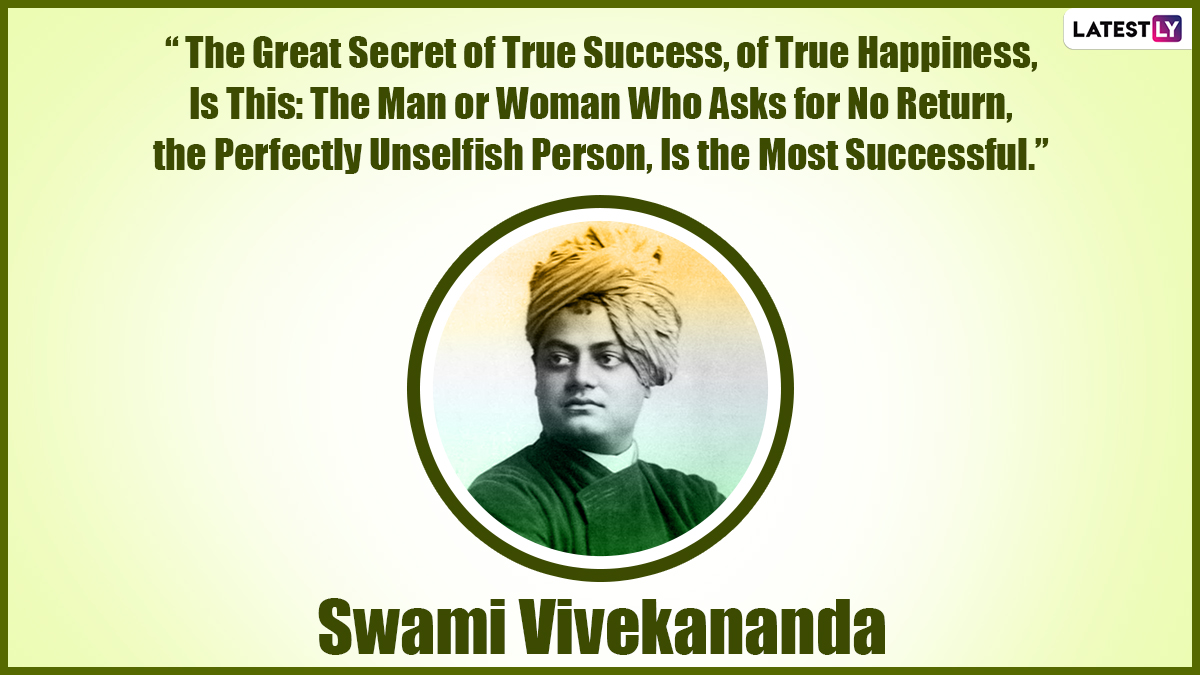 HD Image Reads: The Great Secret of True Success, of True Happiness, Is This: The Man or Woman Who Asks for No Return, the Perfectly Unselfish Person, Is the Most Successful. 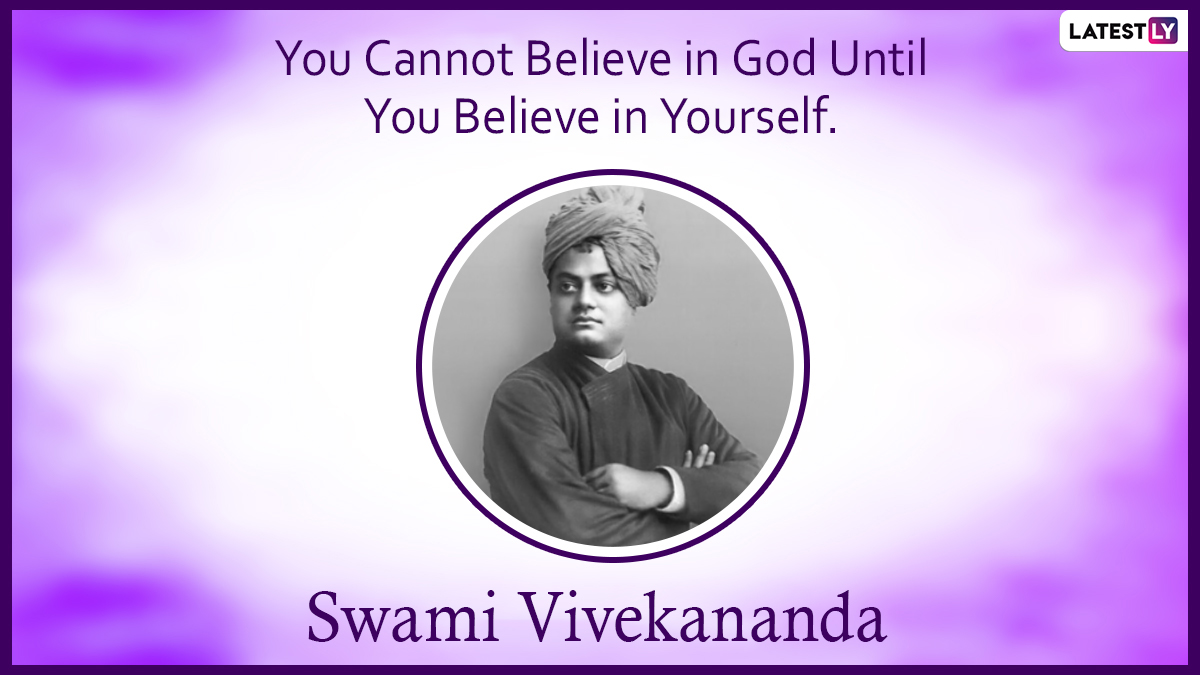 WhatsApp SMS Reads: You Cannot Believe in God Until You Believe in Yourself. 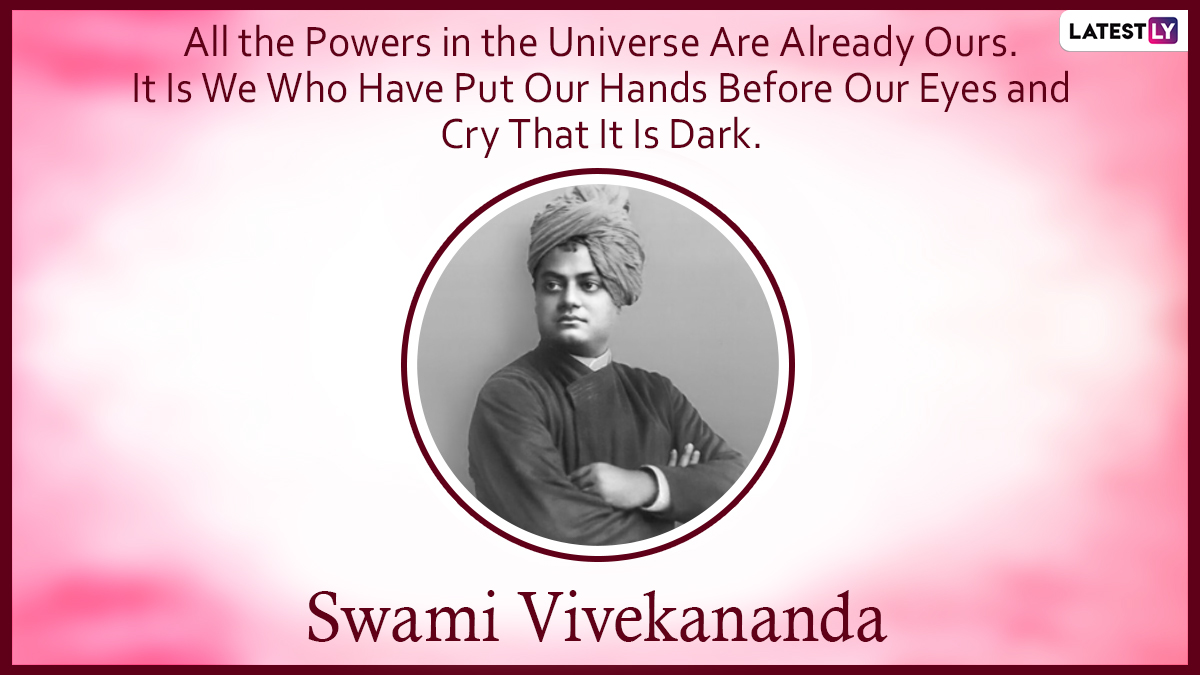 Image Reads: All the Powers in the Universe Are Already Ours. It Is We Who Have Put Our Hands Before Our Eyes and Cry That It Is Dark. 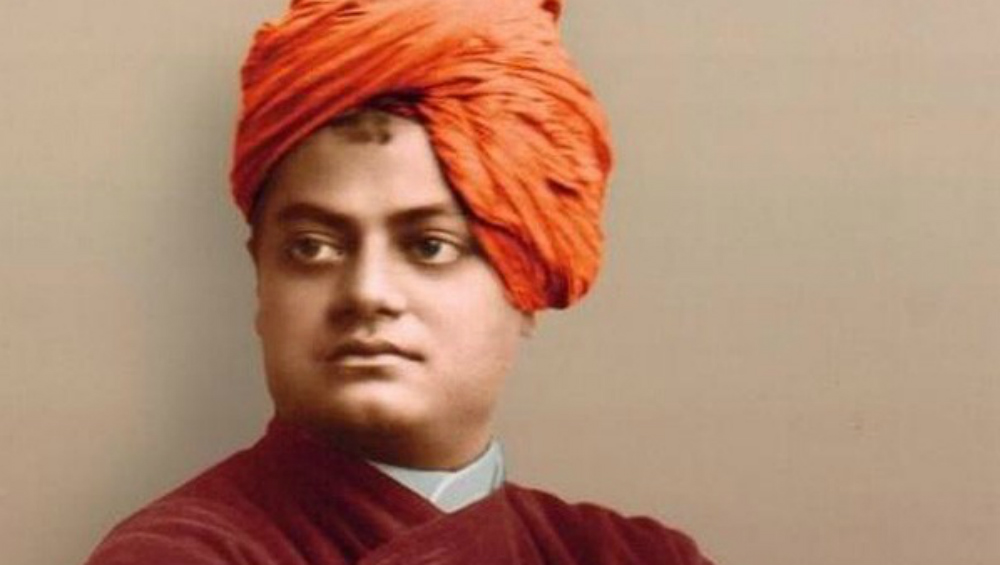 Facebook Status Reads: Never Hesitate From Taking Risks in Life. You Will Either Win or Lose but If You Lose Then You Will Learn. 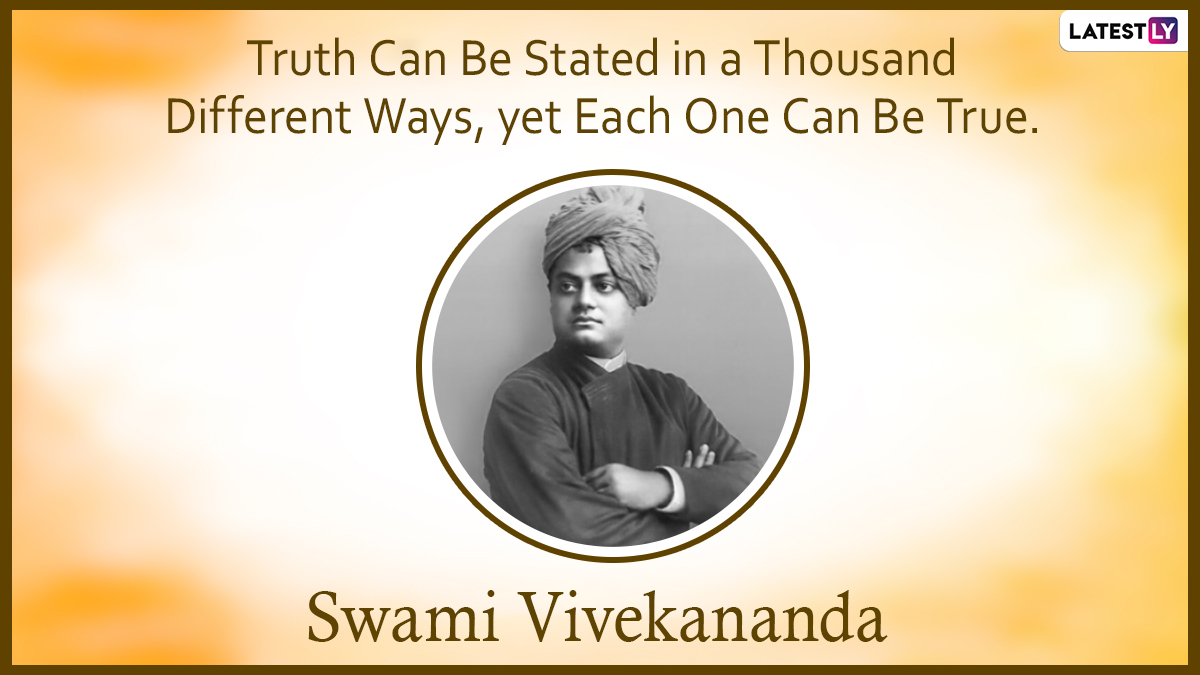 Wallpaper Reads: Truth Can Be Stated in a Thousand Different Ways, yet Each One Can Be True.