Bangladesh were thrashed by hosts England in their previous ICC Cricket World Cup 2019 match, while Sri Lanka’s game against Pakistan at the same ground was abandoned without a ball being bowled. 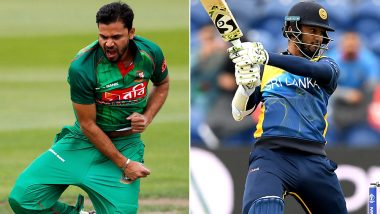 Bangladesh will want to get back on track after successive defeats when they face Sri Lanka in match no 16 of ICC Cricket World Cup 2019. The BAN vs SL game will be played at the County Ground in Bristol on June 11 (Tuesday). Bangladesh were thrashed by hosts England in their previous match, while Sri Lanka’s game against Pakistan at the same ground was abandoned without a ball being bowled, due to rain. Both sides have a win each and will be playing their fourth match in CWC 2019. The Bengal Tigers began their World Cup 2019 campaign with a handsome victory over the more fancied South Africa, while the Lankans were humiliated by New Zealand in their opening match and somehow scrapped to a win over Afghanistan. But irrespective of recent form, Sri Lanka has always had an upper-hand on Bangladesh. Sri Lanka has beaten Bangladesh in all of the three times both sides have met at the World Cups. Meanwhile, if you are looking for weather and pitch report of BAN vs SL CWC 2019, then scroll below for all the information. Bangladesh vs Sri Lanka Cricket Score 16th ODI Match.

The weather forecast predicts rain and only rain throughout the day. There is a high chance the players might not even get to the field. And even if they manage to do so, the pacers of both sides will find enough assists to trouble the opposition. A report from accuweather.com showed that the chances of rain increases as the match progresses. The temperature in Bristol is expected to be low with a maximum of 14 degree Celsius. Rain is also expected to keep the area cold. The last World Cup match here – Pakistan vs Sri Lanka – was abandoned even without the toss. Bangladesh vs Sri Lanka Head to Head Record: Ahead of ICC Cricket World Cup 2019 Clash, Here Are Match Results of Last 5 BAN vs SL Encounters!

Watch a Short Video Preview of BAN vs SL:

Pitch Report: Teams bowling first have traditionally won more at this ground. Three of the last four matches have also been won by chasing teams, which includes England’s record chase of 359 and Australia’s comfortable victory over Afghanistan in their opening CWC19 match. 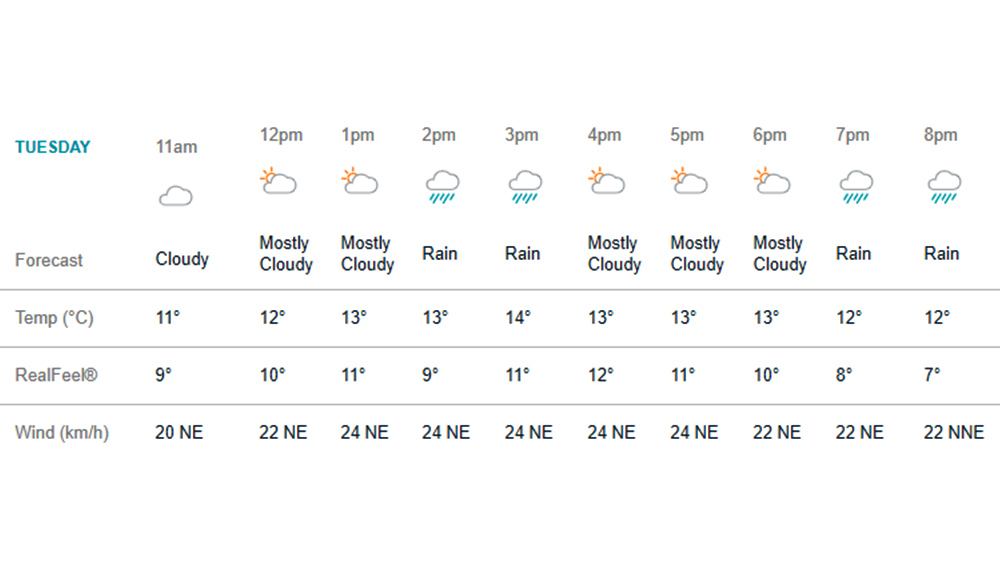 Both Sri Lanka and Bangladesh have won one match each so far. Sri Lanka with one victory and a washout match have three points from the same number of games. They are placed sixth in the points standings, while Bangladesh with two points are eighth among 10 teams. Sri Lanka next play Australia on June 15 (Saturday), while Bangladesh square-off against West Indies two days later.

(The above story first appeared on LatestLY on Jun 11, 2019 09:28 AM IST. For more news and updates on politics, world, sports, entertainment and lifestyle, log on to our website latestly.com).