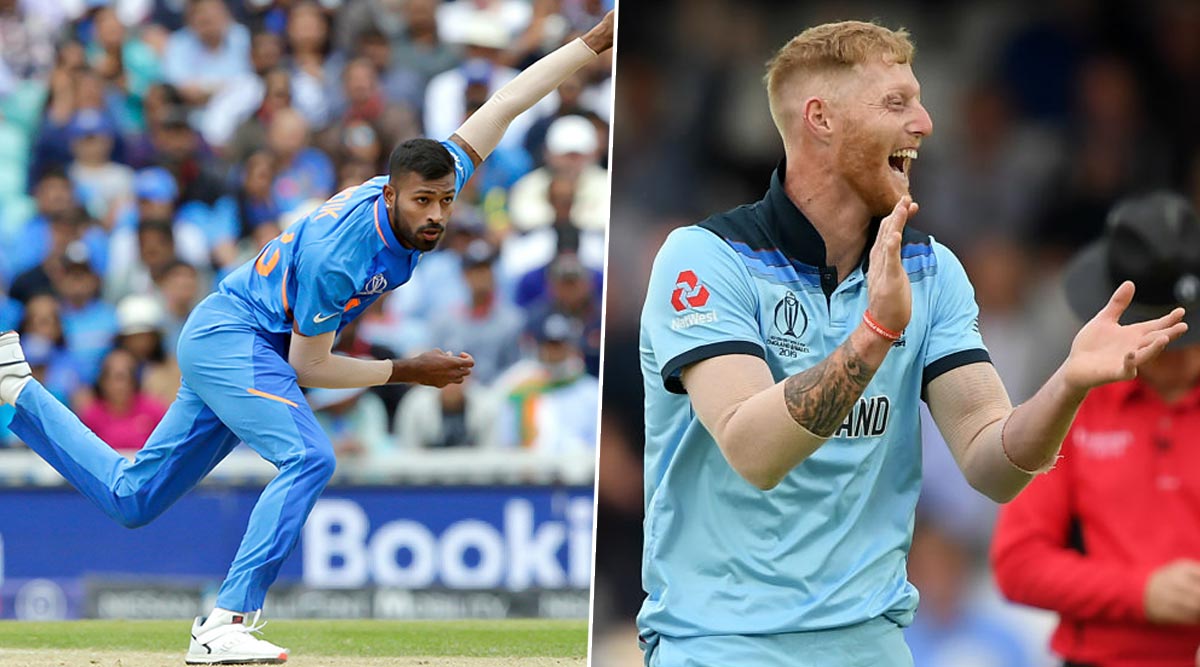 Former Australian spinner Brad Hogg has given his opinion on who is a better all-rounder between Indian star Hardik Pandya and World Cup winner Ben Stokes. Both of them are regarded as two of the best players in world cricket right now but the Australian believes that the England man has a slight edge over Pandya because he has more experience at the international stage. Both the cricketers are expected to face each other in IPL 2020 if the tournament takes place. Ben Stokes Plays Golf As England All-Rounder Enjoys His Time in Self-Quarantine (Watch Video).

Brad Hogg hosted a Q&A session on his official Twitter account and was asked by a fan about who he thinks is a better all-rounder between Hardik Pandya and Ben Stokes, the Aussie sided towards the Englishman. ‘I have to go with the Englishman on this one. Hardik has huge potential, but hasn't played enough international cricket to challenge Stokes as the all rounder of my world XI.’ Hogg replied. On Krunal Pandya's Birthday, Hardik Pandya Gifts 'Zero-Calorie Cake' to his Brother As Duo Stay at Home in Self-Isolation.

I have to go with the Englishman on this one. Hardik has huge potential, but hasn't played enough international cricket to challenge Stokes as the all rounder of my world XI. https://t.co/8u0jpfc7Dv

Ben Stokes is one of the most destructive players in the game right now and has proved his mettle in all of the three formats for the Three Lions. Speaking of Hardik, the Indian superstar is one of the very few cricketers who have the X-factor in limited-overs but is yet to be fully tested in the longest form of the game.

Despite a lot of similarities between the two, a fact which may put Stokes above Pandya is that the Englishman is a World Cup winner. The 28-year-old’s phenomenal knock in the 2019 World Cup against New Zealand was instrumental in helping England clinch their first-ever world title.