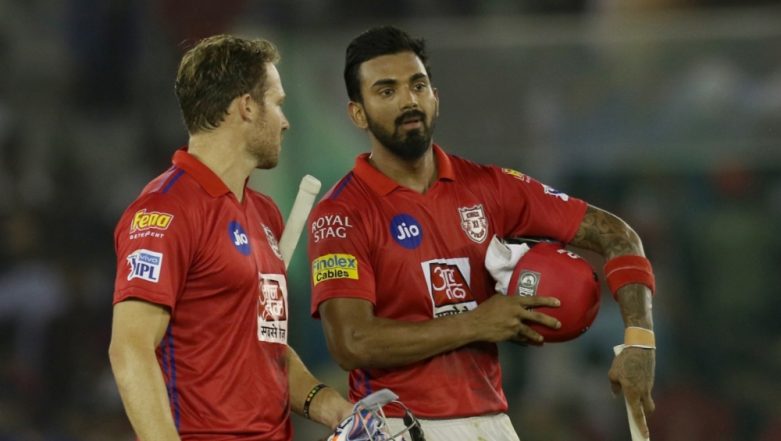 After the weekend bonanza of double-headers in the Indian Premier League 2019 (IPL 2019). It is back to a single match! All the teams have played three matches thus far and things in the tournament has started to heat up. Defending champions Chennai Super Kings (CSK) is the only unbeaten team so far while rest of the teams have tasted a defeat or two. Meanwhile, as the T20 league sets its foot into another week, here’s look at today IPL 2019 schedule. IPL 2019 Schedule in PDF: Download VIVO Indian Premier League 12 Full Timetable With Fixtures, Matches, Team and Venue Details.

Virat Kohli-led RCB had to face another humiliating defeat in the IPL 2019. Set a daunting target of 232 runs, RCB were bundled out for 113 runs and thus were handed 118-run defeat. David Warner and Jonny Bairstow scored centuries each and shared a record highest partnership of 185 runs for the first wicket. SRH vs RCB, Stat Highlights: David Warner and Jonny Bairstow Register Highest Opening Partnership in IPL as Sunrisers Win by 118 Runs.

Kings XI Punjab and Delhi Capitals face-off in the IPL 2019 match 13. It will be played at KXIP’s home venue- Punjab Cricket Association IS Bindra Stadium in Mohali. The KXIP vs DC is scheduled to begin at 08:00 p.m (IST). Fans can watch the IPL match two both on TV and via online streaming. Star Sports holds the telecast rights of IPL 2019 and will broadcast the match live across its network. The live streaming online of IPL 2019 will be available on Hotstar app and website. Fans can click here, for KXIP vs DC live score updates.