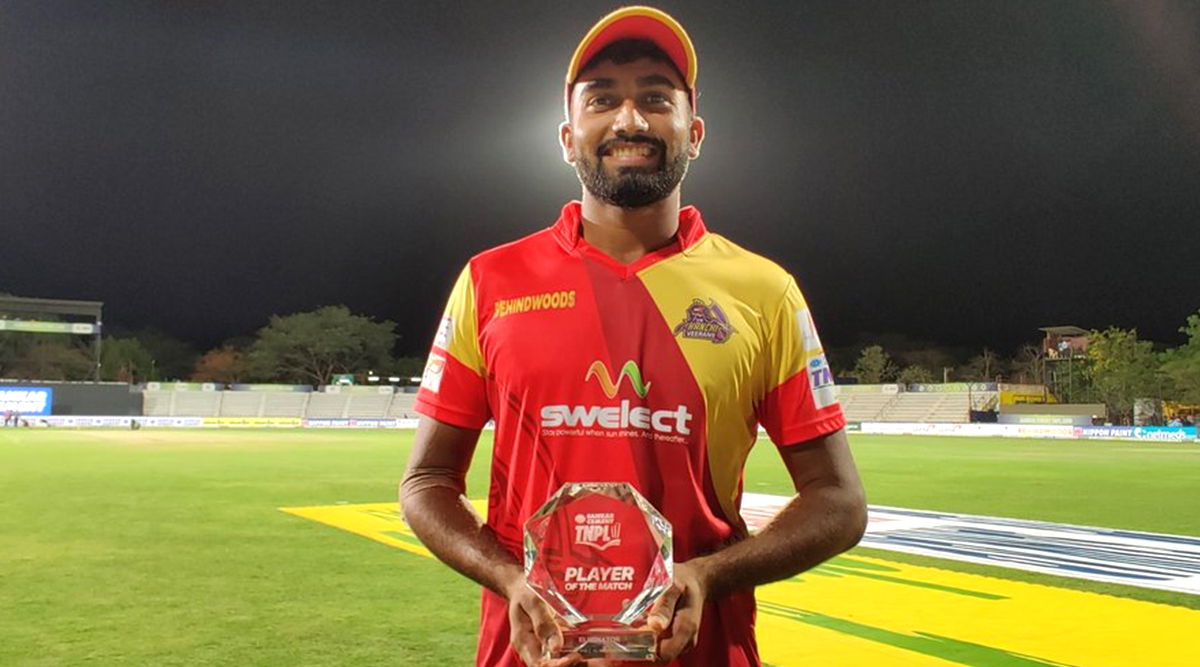 Meghalaya all-rounder Sanjay Yadav scripted history on his first-class debut, taking the seventh-best bowling figures of all-time in First-Class cricket. Yadav, who shifted base from Tamil Nadu to Meghalaya ahead of the 2019-20 domestic season, took 9/52 against Nagaland in the 2019-20 Ranji Trophy to record history. Yadav’s figures, which came in 22 overs on Day 2 of Meghalaya vs Nagaland Plate Group Ranji Trophy 2019-20 encounter is also the third-best bowling figures ever registered in Indian First-Class cricket or by Indian cricket. Yadav’s feat helped Meghalaya bowl-out Nagaland for just 136 in the first innings. Abhay Negi took the last Nagaland wicket that fell after Yadav had already ran-through the entire Nagaland batting order. Rex Singh, 19, Takes Eight Wickets As Manipur Bowl Out Mizoram for Just 65 Runs During Ranji Trophy 2019-20 Match.

Yadav, who was picked by Indian Premier League (IPL) franchise Kolkata Knight Riders (KKR) in 2017, bowled seven maidens in 22 overs and gave away just 59 runs for nine wickets at the Nagaland Cricket Stadium in Sovima. The entire Nagaland batting-order bar Bohoto Yeptho were dismissed by Yadav, who recorded the third-best Frist-Class figures in Indian cricket and seventh-highest in Indian cricket. Yadav overtook Deepak Chahar, who had recorded figures of 8/10 against Hyderabad while playing for Rajasthan in the 2010/11 Ranji Trophy, to become the cricketer with the third-best First-Class figures in Indian domestic circuit.

Vasant Ranjane tops the elite Indian domestic list with figures of 9/35, which he took for Maharashtra against Saurashtra in 1956/57. Amarjith Singh with figures of 9/45 is second in the list. He achieved the record for Kerala in a 1971/72 First-Class match against Andhra Pradesh. While Ranjane recorded his feat in the first innings of the game, Singh registered it in the second innings. Alan Moss leads the all-time list, in which Ranjane is fourth and Singh is seventh. Sanjay Yadav after his first-innings heroics against Nagaland will be eighth in the all-time First-Class list.

Moss registered figures of 10-28 for Canterbury against Wellington in 1889. The former England cricketer is followed by DCS Hinds, who took 10-36 for AB St Hill’s XI against Trinidad, while another England Test cricketer James Lillywhite is third in the over-all list with figures of 9-29 which came for Sussex against Marylebone Cricket Club at the Lord’s Cricket Ground in 1862.

Yadav had earlier orchestrated Meghalaya’s famous victory against Mumbai in the recently concluded Syed Mushtaq Ali Trophy. Meanwhile, Yadav also hit a half-century and was also involved in a 111-run partnership with captain and centurion Puneet Bisht to help Meghalaya register 285 on board. In reply, Nagaland were bowled out for 136.