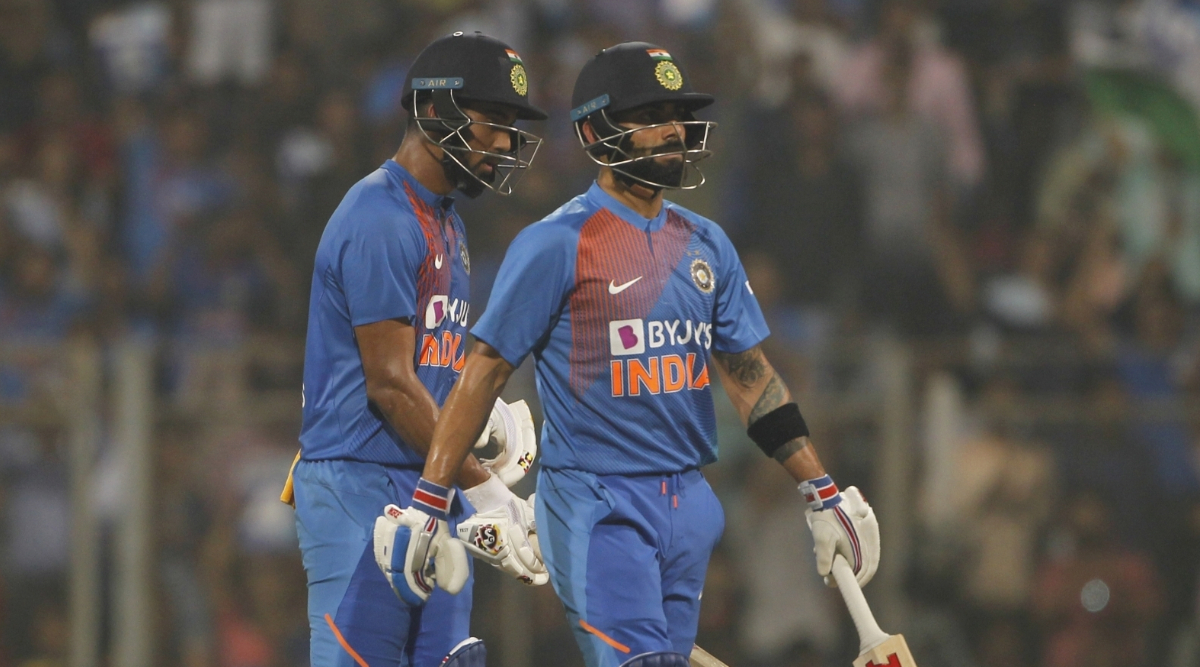 Virat Kohli became the fastest captain to complete 11,000 runs international cricket. The Indian skipper achieved the feat during India vs Sri Lanka third T20I at the Maharastra Cricket Association Stadium in Pune. At the start of the match, Kohli needed just one run to reach the 11k milestone. And in 13th over of Indian innings, the Indian captain achieved the feat. Kohli took 196 innings to complete 11,000 runs as a captain. Sanju Samson Returns to Indian Cricket Team After a Gap of Four Years, Missed 73 T20Is In-between; Twitterati React.

It is no surprise that Kohli has broken this record. The right-handed batsman is regarded as one of the best batsmen cricket world has seen, and he is not done yet. Kohli averages over 50 in all three formats. Interestingly, last year, he became the fastest batsman to score 11,000 runs in ODIs. India Vs Sri Lanka, Live Cricket Score 3rd T20I Match.

Fastest to score 11,000 runs in international cricket among captains:

Kohli, who came to bat at number six, scored 26 off 17 balls. Kohli promoted Sanju Samson, Shreyas Iyer, Manish Pandey ahead of him. Meanwhile, India leads the series 1-0 as the hosts won the second T20I in Indore. The first T20I in Guwahati was abandoned due to rain.