Virat Kohli Comments on David Warner’s Instagram Post, Says ‘And You Wanted One More Bat From Me’ 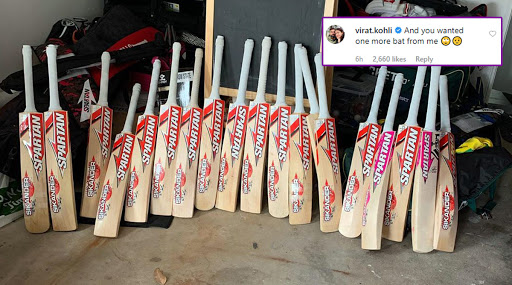 David Warner and Virat Kohli were engaged in a funny banter on Instagram as the Australian posted a photo of his collection of cricket bats. The Australian opener shared a photo of his bats on this social media with a caption ‘Stock-taking time!!’. The Indian captain was at his witty best as he replied on the 33-year-old's post. ‘And you wanted one more bat from me’ the skipper of Indian national team commented. Virat Kohli is currently in New Zealand with team India are they are involved in a full-fledged series. Virat Kohli After Thrashing New Zealand in 1st T20I, Says 'We Never Spoke of Jetlag in Team, Didn’t Want Any Excuse'.

After facing each other on the field during India vs Australia ODI series earlier this month, Virat Kohli and David Warner are now involved in banter on social media as the Indian captain replied to the Australian’s Instagram post with a humorous comment. The two cricketing giants were at their best during the recent series as David Warner scored a dominant century in the first One Day game while Kohli scored brilliant half-centuries in the last two games. India vs New Zealand 1st T20I 2020 Stat Highlights: IND Register Their Third-Highest Successful Run Chase, Beat Kiwis by 6 Wickets in Series Opener. 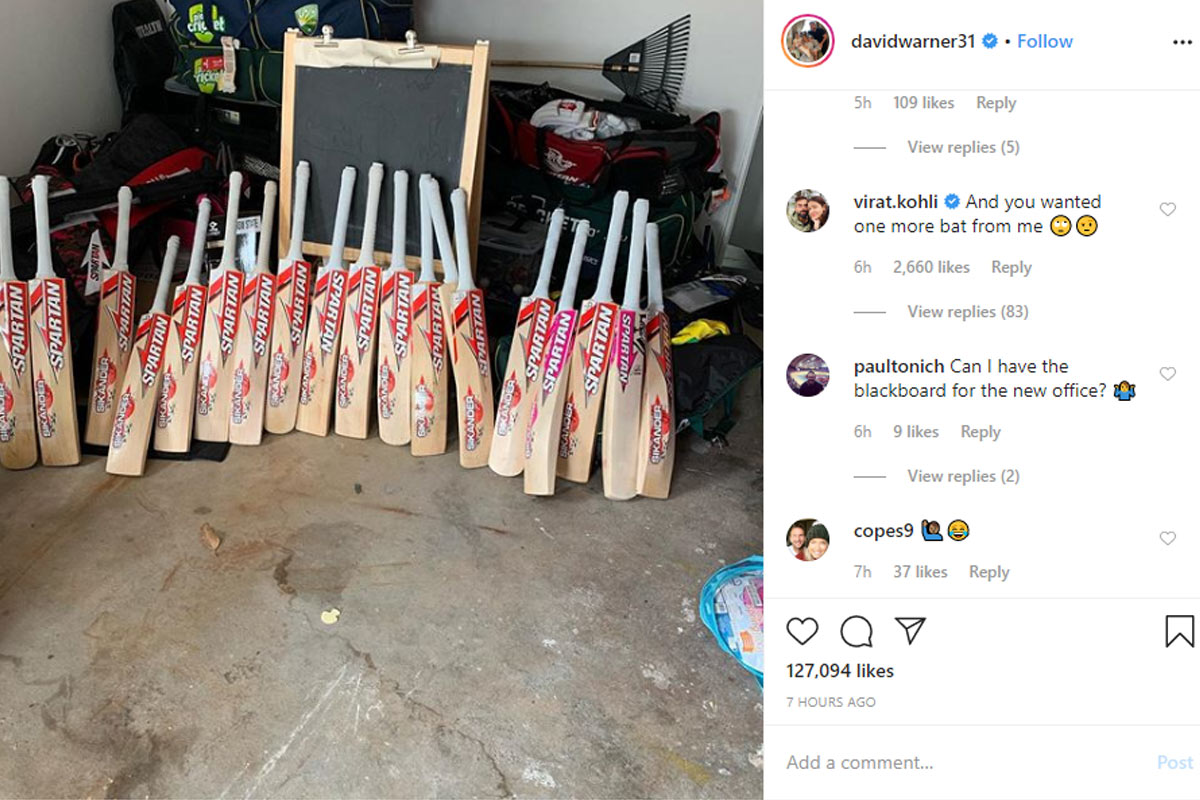 The Indian skipper is currently leading team India in New Zealand where they face each other in five T20is, three ODIs and two Test matches. Indian won the first Twenty-20 clash by six wickets and Kohli was instrumental as he scored a quickfire 45. The next match will be played on January 26, 2020 (Sunday) at Eden Park.

Meanwhile, David Warner is currently enjoying his time away from cricket as the 33-year-old did not sign a deal with any team for the BBL 2019-20 season but could still conceivably join a club as local replacement player if the opportunity arises.