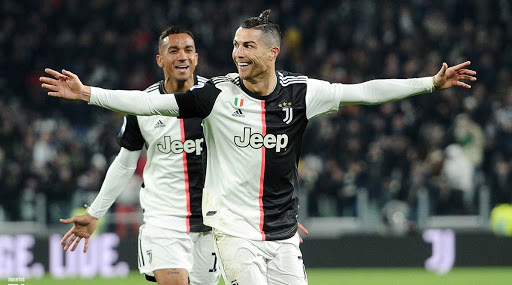 Cristiano Ronaldo continued his fine form since the turn of the year as the Portuguese netted yet another brace to guide his side to a win. Juventus defeated Parma 2-1 in the weekend’s Serie A 2019-20 fixture to increase their lead at the top of the table to four points. The 34-year-old opened the scoring in the 43rd minute and then in the 53rd minute to set yet another record in the Serie A for the record champions. Those efforts mean that Ronaldo has now scored in seven consecutive games, the first player to do so for Juventus since David Trezeguet. Serie A 2019-20 Result: Cristiano Ronaldo Double Helps Juventus To 2-1 Win Over Parma, Go Four Points Clear At Top.

The former Real Madrid man added to his goal tally in this season’s Serie A by netting a brace against Parma and also equalled a record set by former Juve player in 2005. This was the seventh consecutive game in which the Portuguese has scored, thus matching Trezeguet’s record and will be looking to better it in the next game. This double saw Cristiano reach 16 goals in the Italian league, and is now the only player to score 15 or more goals in the top five European leagues in each of last 14 campaigns. The Portugal captain also became the first player since Omar Sivori in 1960, to score 16 goals in his first 20 Serie A games for Juventus. Juventus Relives Cristiano Ronaldo’s Goal Netted Last Year Ahead of their Serie A 2019-20 Game Against Parma (Watch Video).

Cristiano Ronaldo is now second on the goal-scoring charts in the Italian League, seven strikes behind leader Ciro Immobile of Napoli. The 34-year-old netted 21 times last season and with him already reaching 16 goals, he looks all set to surpass that tally. Juve take on Napoli in their next league game and Ronaldo will look to surpass David Trezeguet’s record.