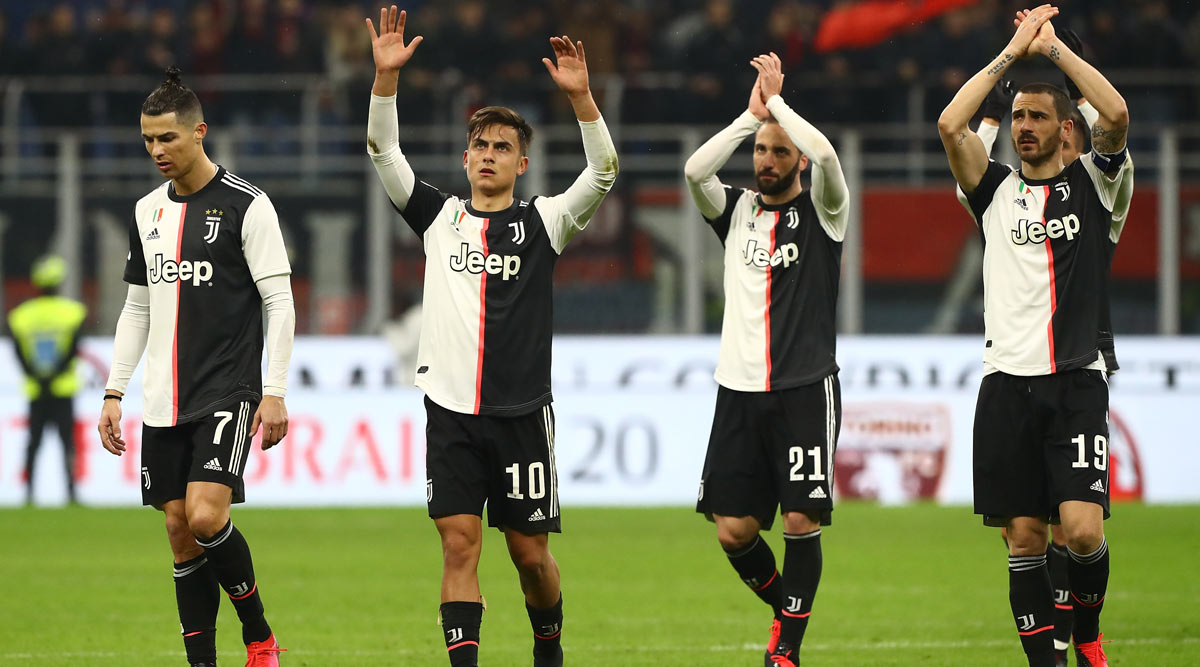 Juventus will begin their Champions League 2019-20 knockout stage campaign with a trip to France where they face Lyon in the 1st leg of the round of 16 phase. Juventus topped Group D to advance to the next round of UCL 2019-20 while Lyon finished second in Group G in the league stage of the competition. Both sides come into this fixture on the back of two wins and a draw in their last three matches. But Lyon are winless against the Serie A champions in Europe. In three pas meetings, Juventus have beaten the Ligue 1 club twice and drew another. Meanwhile, fans who play fantasy games like Dream11 can find all tips and team suggestions to pick a strong Dream11 team for the LYN vs JUV last 16 encounter. Lyon Vs Juventus - Live Football Score.

Cristiano Ronaldo, the highest-scoring player ever in the history of Champions League, scored in Juventus’ 2-1 win over SPAL in their previous Serie A match and will be eager to maintain his scoring form, which saw the Portuguese superstar become the first player to score in 10 successive league matches for two different clubs. Cristiano Ronaldo Wins Hearts with Adorable Bath Tub Photo With His Children.

Ronaldo also has the highest number of goals (65) in the knockout phase of the Champions League and can add to his tally in Lyon, against whom he has four assists already. The home team will be without Memphis Depay, who is out with a long-term knee injury while full-back Rafael and Oumar Solet are major doubts. For Juventus, Douglas Costa and Gonzalo Higuain are out, while Miralem Pjanic has returned to training but is unfit.

Lyon vs Juventus, UEFA Champions League 2019-20, Dream11 Team Prediction: Goalkeeper – Juventus are on top of the Serie A 2019-20 points table and have only conceded 24 times in 25 league matches. Juventus goalkeeper Wojciech Szczesny (JUV) should be picked as the goalkeeping choice.

Lyon vs Juventus, UEFA Champions League 2019-20, Dream11 Team Prediction: Defenders – Lyon full-back Leo Dubois (LYN) should be picked as one of the three defenders in this fantasy team. The other two will be Juventus duo Leonardo Bonucci (JUV) and Alex Sandro (JUV) both of whom are not just excellent defenders but also provide goal-scoring threats.

Lyon vs Juventus, UEFA Champions League 2019-20, Dream11 Team Prediction: Midfielders – Lyon midfielder Houssem Aouar (LYN) has been the club’s most productive player after the injured Memphis Depay and is a must-pick for the midfielder’s role. Teammate Lucas Tousart (LYN) is another option while Juventus pair Blaise Matuidi (JUV) and Adrien Rabiot (JUV) will be part of the four-man midfield. Aouar can also be made the vice-captain.

Lyon vs Juventus, UEFA Champions League 2019-20, Dream11 Team Prediction: Forwards – Cristiano Ronaldo (JUV) have been in terrific form in the New Year and is must pick for the forward’s role. He will be joined by Lyon striker and Juventus summer target Moussa Dembele (LYN). Paulo Dybala (JUV) will join the attacking line from the right.

The Italian champions will certainly be the favourites to advance to the next round. They won five times from six matches in the group stages, which included beating Atletico Madrid. Lyon, on the other, somehow scraped through to the round of 16 with two wins and as many draws. The last time these teams met, Juventus beat Lyon in the group stages of the 2016 edition of the Champions League. Lyon have also failed to progress past the round of 16 phase since 2009.