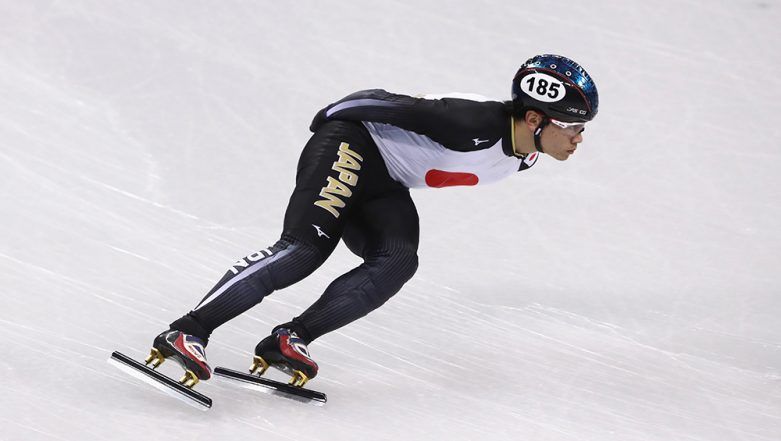 Pyeongchang, Feb 13: Japanese short-track speed skater Kei Saito has tested positive for a banned substance at the Pyeongchang Olympics, the first doping case of the Games, the Court of Arbitration for Sport said on Tuesday.

Saito, 21, failed an out-of-competition test prior to the event, the anti-doping authority said in a statement, adding that he tested positive for acetalozamide, a banned diuretic which is considered a masking agent.

The CAS statement said Saito had left the athletes' Olympic Village voluntarily and would be provisionally suspended from the Olympics and other competitions pending a full investigation.

Saito, a human biology student whose sister Hitomi is also competing in Pyeongchang, becomes the first Japanese athlete to test positive for doping at a Winter Olympics, according to Japanese reports.

The Japanese Olympic Committee called a press conference in Pyeongchang Tuesday to address the doping case which is an embarrassment to Japan, the organisers of the next Olympics, the Summer Games in 2020.

Saito was a member of Japan's 3,000m relay team that finished third at the 2013 and 2014 world junior championships. He competed on Saturday in the short track speed skating 1,500 metres but was eliminated in the heats. He was pencilled in as a substitute for the 5,000m on Tuesday.

Saito was summoned before the CAS tribunal on Monday following the positive test for acetalozamide, a medication used to treat complaints ranging from epilepsy to heart failure. However, it works also as a masking agent that can hide or make it harder to detect the presence of performance-enhancing drugs.

The IOC and anti-doping authorities have stepped up testing for the Pyeongchang Games following revelations of a state-sponsored doping scheme at the last Winter Olympics in Sochi, Russia, in 2014. The entire Russian team was banned from Pyeongchang but a loophole allowed 168 "clean" athletes to compete as independent athletes under a neutral flag.