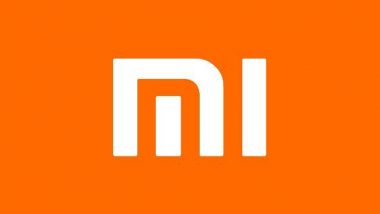 Xiaomi, the Chinese smartphone manufacturer will be celebrating its 10th anniversary next week. Founded way back in the year 2010, the Chinese technology firm has planned a special 10th-anniversary online event on August 11, 2020. Xiaomi's CEO Lei Jun will throw light on the achievements and accomplishments made by the company in the past alongside some of the recent ones and future. He will be delivering a keynote speech on August 11 at 7:30 am ET (5 pm IST). In addition to this, Xiaomi is also expected to reveal some new devices during the event. 2020 Xiaomi Ecosystem Product Launch: Xiaomi Mi TV Stick, Mi Smart Band 5 & Mi True Wireless Earbuds Launched Globally.

According to popular leakster 'Digital Chat Station', the firm will launch several new products including Mi 10 Pro Plus smartphone in its Mi 10 series. The upcoming Mi 10 Series will be the company's ultra-high-end flagship handset. Other rumoured devices likely to be launched during the event are Redmi K30 Ultra that is expected to be powered by MediaTek Dimensity 1000 chipset & a 144Hz display.

The two smartphones code-named Gauguin & Gauguin Pro could sport a 64MP & a 108MP camera setup respectively. These two Xiaomi phones may support 120W fast charging, 5G technology. Under the hood, there's likely to be a Snapdragon 865 series chipset from Qualcomm. Apart from the phones, the company will also be revealing several new products during its 10th-anniversary event.

(The above story first appeared on LatestLY on Aug 03, 2020 05:03 PM IST. For more news and updates on politics, world, sports, entertainment and lifestyle, log on to our website latestly.com).