Micromax IN 2b India Launch on July 30, 2021; Specifications Teased Online

Micromax, the Indian smartphone maker will officially launch its In 2b smartphone in the home country on July 30, 2021. The In 2b phone will be made available in three colours - Black, Green and Blue. 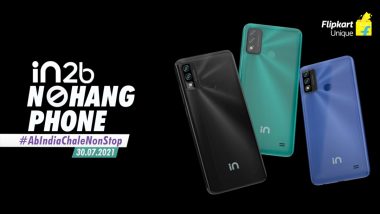 Micromax, the Indian smartphone maker will officially launch its In 2b smartphone in the home country on July 30, 2021. The upcoming handset will be the fourth IN-series device after the IN Note 1, IN 1b and In 1 phones. Ahead of its launch, the company has released a video teaser of IN 2b smartphone revealing its design and colours. As per the video, Micromax In 2b will be made available in three colours - Black, Green and Blue. Micromax In 1 Smartphone Now Available for Online Sale via Flipkart.

At the back, the handset can be seen with a rectangular camera module housing two lenses and an LED flash. A speaker grille and a fingerprint scanner can also be seen on the backside of the phone. 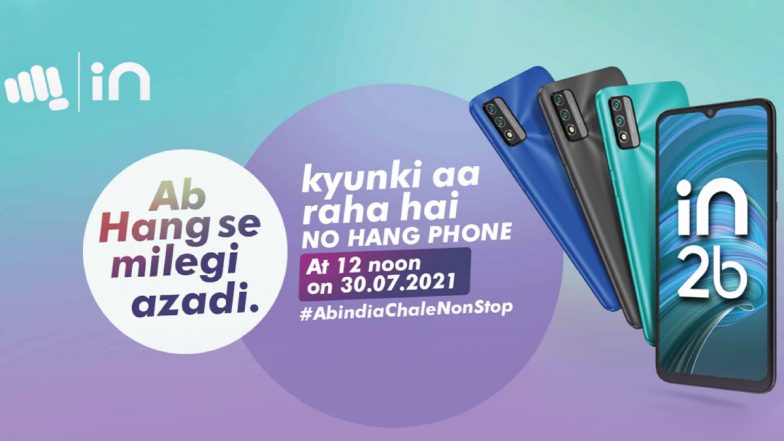 Unveiling the first look of the #NoHangPhone. Presenting #MicromaxIN2b launching at 12 PM, 30.07.21.

The company has also set up a dedicated page on its website. As per the website, Micromax IN 2b will come packed with a 5,000mAh battery. The company claims that the upcoming phone will offer 160 hours of music playback, 20 hours of web browsing, 15 hours of video streaming and 50 hours of talk time on a single charge. 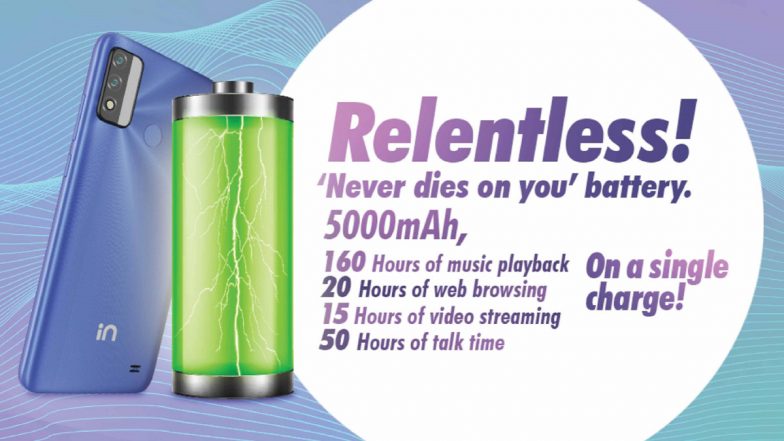 The website also reveals the front side of the phone with a waterdrop notch display, volume buttons and a power key. The device will be powered by a high-power chipset paired with a G52 GPU to offer a 30 percent better graphics experience. A recent leak had revealed that the smartphone will feature a 6.5-inch HD+ LCD screen, a 13MP + 2MP dual rear camera module, an 8MP front snapper, 64GB in-built storage and a 10W charging facility.

(The above story first appeared on LatestLY on Jul 26, 2021 05:46 PM IST. For more news and updates on politics, world, sports, entertainment and lifestyle, log on to our website latestly.com).