Microsoft has announced that the Xbox Game Pass app for Android now officially supports the Surface Duo and its unique dual-screen setup. 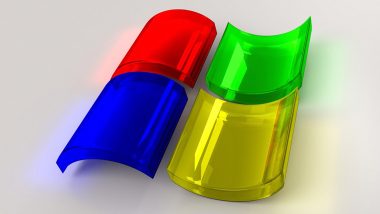 San Francisco: Microsoft has announced that the Xbox Game Pass app for Android now officially supports the Surface Duo and its unique dual-screen setup. The company has been testing this with the Game Pass Beta app on Android for a handful of weeks, but now the feature is ready for prime, reports Windows Central. Microsoft Office 2021 To Be Launched for Windows & macOS Later This Year.

Xbox Game Pass support on Surface Duo allows gamers to play over 50 games on their Surface Duo with dedicated touch controls. However, unlike on a normal smartphone, these touch controls will appear on the bottom display. According to the PCMag, the feature certainly adds some much-needed appeal to the Surface Duo, which arrived last year to underwhelming reviews.

Second-screen support can essentially turn the product into a handheld gaming device similar to Nintendo's 3DS. The company also said that Xbox Game Cloud (xCloud) developers can adapt their games even further to take advantage of Surface Duo's other unique form factor choices, including support for the wider 3:2 aspect ratio, columned layouts, and more.

(The above story first appeared on LatestLY on May 25, 2021 02:31 PM IST. For more news and updates on politics, world, sports, entertainment and lifestyle, log on to our website latestly.com).