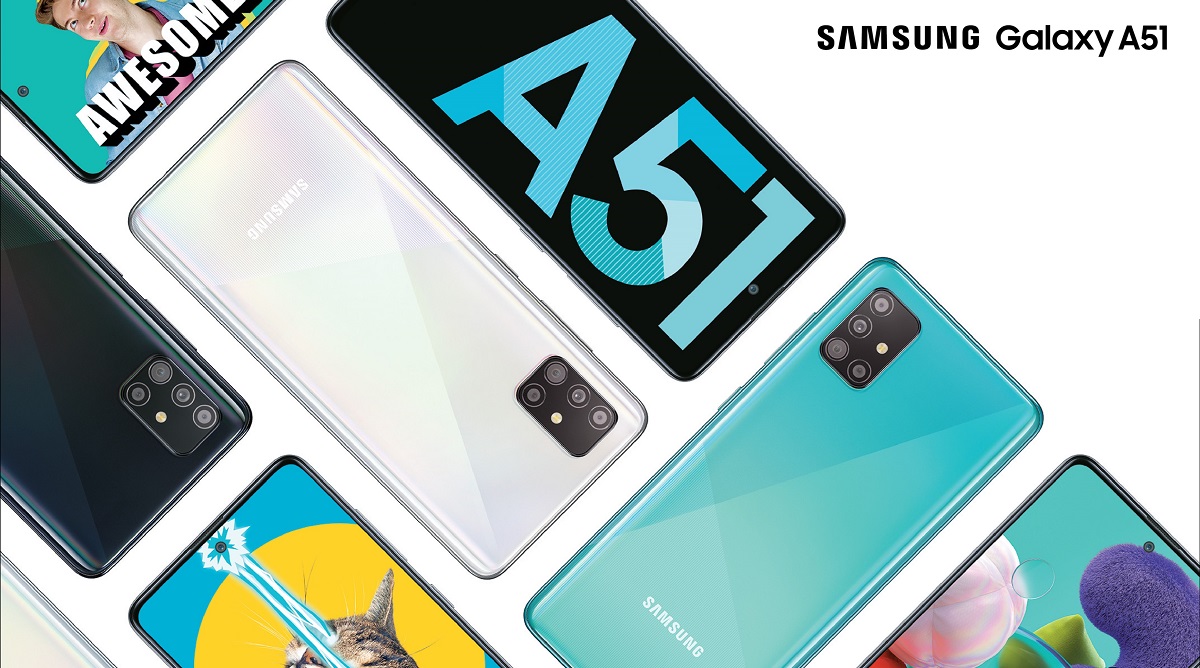 Gurugram, Jan 29: Samsung India on Wednesday launched the Galaxy A51 (6GB+128GB) in the country for Rs 23,999. The smartphone comes with the company's signature Infinity-O Super AMOLED display. Galaxy A51 will be available in Blue, White and Black Prism Crush colours, starting January 31 across retail stores. According to the company, the Galaxy A51 is the first-ever in Galaxy A series to sport an Infinity-O display. The Galaxy A51 is powered by a 10nm Exynos 9611 chipset that comes with AI powered Game Booster for improved frame rate and stability as well as reduced power consumption. Samsung Unpacked 2020 Event Extended Teaser Video Released; New Images Leaked Ahead of Galaxy S20 & Galaxy Z Flip Launch.

"The success of Galaxy A embodies our philosophy of bringing meaningful innovation to all our consumers. Galaxy A51 takes this legacy to the next level with its camera, screen and long lasting battery -- features that will excite our young consumers," Aditya Babbar, Director, Mobile Business, Samsung India, said in a statement.

The Galaxy A51 also comes with a long-lasting battery that lasts for up to 19 hours of video play back time, according to the company, thanks to the 4000mAh battery with 15W fast charging. The company will launch the 8GB/128GB variant later.

This feature makes SMS come 'Alive' by identifying messages that are most useful to the user and organizing them neatly in the form of visual cards such as Reminders and Offers. The Useful Cards feature helps reduce clutter in the SMS Inbox and lets consumers find useful information quickly and easily.