The upcoming Galaxy M42 5G smartphone reportedly could be a rebranded version of the Galaxy A42 5G, which was introduced last year in October. 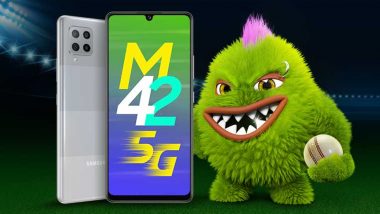 Samsung Mobile India is all set to launch another smartphone under its popular M series. The upcoming 5G smartphone will be called Galaxy M42, which reportedly could be a rebranded version of the Galaxy A42 5G, which was introduced last year in October. The phone has been teased online ahead of its launch through a dedicated page on Amazon India. Samsung Galaxy F52 5G Images & Specifications Leaked Online: Report.

Moreover, the handset has been spotted on Google Console revealing key specifications ahead of its official launch. It is expected to come equipped with 6GB of RAM, Android 11 OS, and more. The phone maker has confirmed that it will be powered by an octa-core Qualcomm Snapdragon 750G SoC. Additionally, it will also get Knox Security and Samsung Pay.

Here’s the #FastestMonster, the #SamsungM42 5G for all you Monsters out there. With its powerful Snapdragon 750G 5G processor for 5G speeds, Knox Security and so much more, the #GalaxyM42 5G is all you need to level up your smartphone experience. pic.twitter.com/cpRYOCuxUC 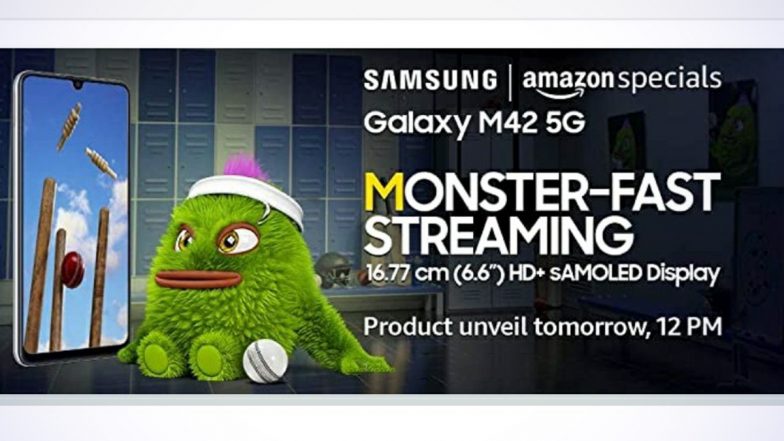 (The above story first appeared on LatestLY on Apr 27, 2021 11:06 PM IST. For more news and updates on politics, world, sports, entertainment and lifestyle, log on to our website latestly.com).