Mark Zuckerberg's Meta has announced new WhatsApp privacy features that include the ability to hide your online status and block screenshots. 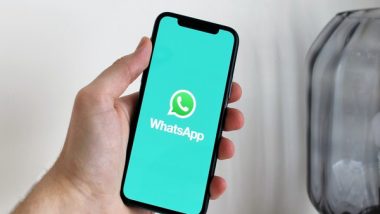 Washington: Mark Zuckerberg's Meta has announced new WhatsApp privacy features that include the ability to hide your online status and block screenshots! WhatsApp head Will Cathcart and Mark Zuckerberg announced the new features on social media on Tuesday. Let's see what new features have been introduced. WhatsApp Now Gives You Up to Two Days To Delete Messages After Sending Them.

While users were able to hide their 'last seen' status on WhatsApp, they will now be able to hide their 'online' status from their contacts as well now. WhatsApp will now allow its users to choose whom they want to share their 'Online' status with. This feature will add a new 'Who can see when I'm online' option under the 'last seen' settings. It will give the users two options - 'Everyone' and 'Same as Last Seen.'

That's why we're excited to announce three 🆕 layers of security to wrap your messages in.

Learn what they do 👇 pic.twitter.com/AmV0YoZcC8

2. No screenshots for timed or view once messages

A while ago, WhatsApp introduced a feature called 'View once messages' wherein a user could send a photo or video for the receiver to view only once, much like Instagram and Snapchat. Now, WhatsApp has come up with a new feature that will allow users to block people from taking screenshots of the media.

We all know group messages can be irritating, especially with all the 'good morning' images and forwarded videos but we all hesitate in exiting groups because we do not want to offend others. And also because it gave a notification to everyone present in the group if we did so. Now, you can exit any WhatsApp group silently, without WhatsApp showing that you "left the group" alert on the chat.

4. Only two days to delete a message

Users of WhatsApp will no longer have just one hour to delete a message after sending it; instead, they will now have slightly more than two days. According to The Verge, to start using the new feature right now, open up the WhatsApp group or individual chat where you sent the messages. Make sure to tap and hold the content you want to get rid of, click "Delete," and then select either "Delete for everyone" or "Delete for me."