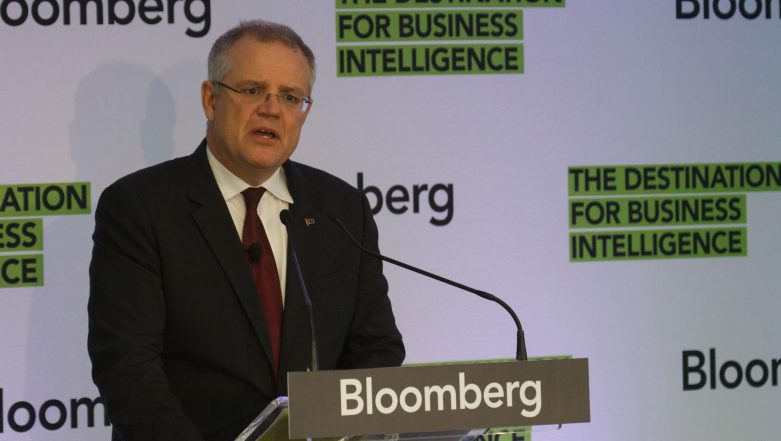 Canberra, May 7: With just over a week to go for the elections in Australia, Prime Minister Scott Morrison was egged on Tuesday by a protester while campaigning in Albury. The egg grazed Morrison's head but did not break, the media reported. Footage broadcast on local TV showed a woman being tackled at the scene, the BBC reported. Morrison described the egg thrower as "cowardly". Australian PM Egged on Campaign Trail.

#BREAKING Prime Minister @ScottMorrisonMP has been egged by a protester #auspol @SkyNewsAust pic.twitter.com/Y825aoORIi

"My concern about today's incident in Albury was for the older lady who was knocked off her feet. I helped her up and gave her a hug. Our farmers have to put up with these same idiots who are invading their farms and their homes," the Prime Minister tweeted.

An elderly woman was knocked over during the incident, which happened at a Country Women's Association event. Australians are due to vote in a general election on May 18.