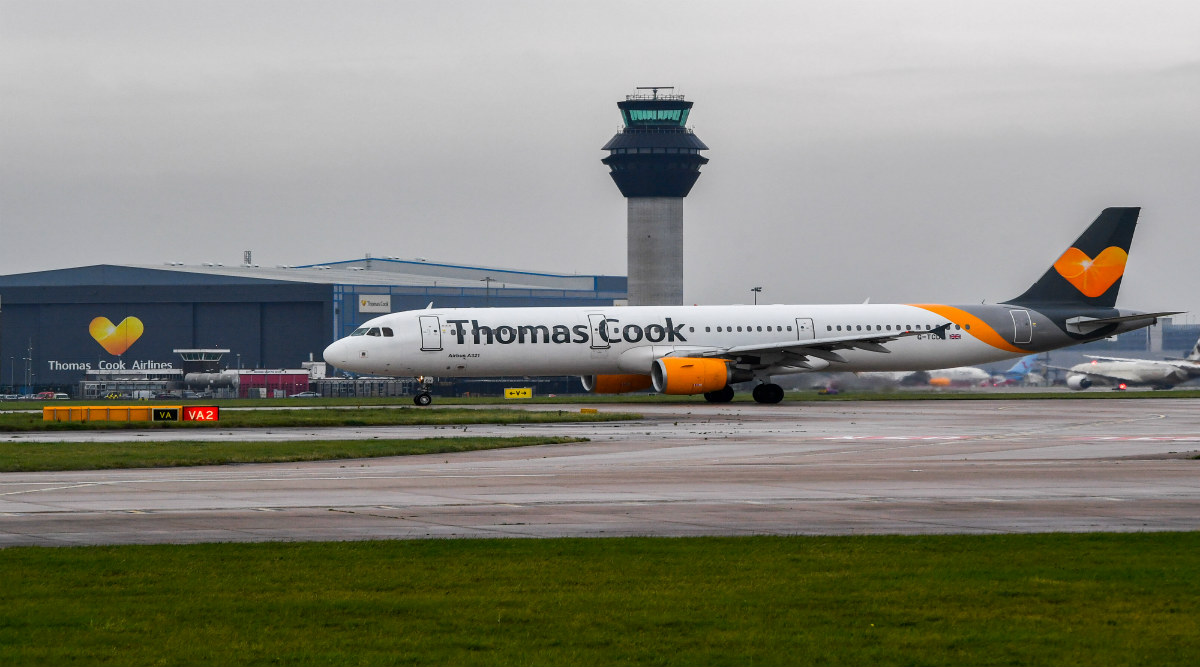 London, January 7: An air hostess has talked about an excruciating experience after she broke her leg in seven places after a plane she was deployed on ran into severe turbulence and climbed 500 feet to avoid it, a media report said.

Eden Garrity, 27, said that she was serving passengers with a catering trolley when the aircraft entered a mid-Atlantic hailstorm, causing it to violently climb up, the Mail Online reported. Thomas Cook India Not Affected by 178-Year-Old British Tour Company’s Collapse; Here’s Why.

Eden, who worked as a Thomas Cook air hostess between April 2017 and the company's collapse in September last, said she always dreamt of a career in the sky. She was injured on August 2 last year, shortly after leaving Cuba as she fell to the ground under the crushing force of the plane's sudden rise in altitude, she said.

She broke her fibula in five places, apart from tibia, ankle bone and fracture on her foot. She said: "We hit a massive hailstorm. The pilot said to me afterwards that it turned black all around him.

"It was by far the worst turbulence I have ever experienced as a crew member or a passenger." Thomas Cook, 178-Year-Old Travel Company Collapses as Last-Ditch Rescue Talks Fail; Over 600,000 Bookings Cancelled, 1.5 Million British Tourists Stranded.

She lay on the plane floor for an hour while seats were cleared. She was in agony during the remaining travel that lasted seven hours, before she was taken to the hospital.