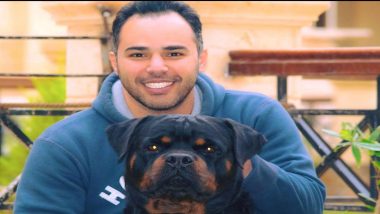 While dogs might be a trending topic among many people nowadays, they are not easy to train. Every breed of dog requires a special kind of training. Every dog has evolved from a specific dog breed that was used for some purpose - be it hunting, guiding cattle, or guarding. Hence, there can be dogs who are extra-friendly or dogs who are a bit aloof, and at times, violent. People tend to mark violent dogs with a bad name - often creating a stigma around such breeds. Such a supposedly violent dog breed is the Rottweiler.

Rottweilers have earned quite a notorious title for themselves as a violent dog breed. They are seemingly difficult to train, and if not trained well, they can become violent. They are even known in the media as dogs with whom children can’t be left unsupervised. However, the bad name of Rottweilers is completely uncalled for. Just like many other dog breeds, Rottweilers have evolved from drover dogs, used for herding cattle. They require a special kind of training, but if you try, Rottweilers can become your greatest buddy and protector too.

Ahmed Sohby understood the challenges that many people face when it comes to Rottweilers. Like many people, Ahmed had been a dog-lover from a very young age. He really wanted to do something with dogs when he grew up. While looking through articles on the internet, he found out that Rottweilers were one of the most misrepresented dog breeds. He wanted to do something for this dog breed and for all those dog owners who had faced the challenges of raising a Rottweiler. He wanted to help new dog owners find ways to tackle the challenges of training a Rottweiler as well. He did not want a corporate life. Rather, he would spend time helping others with their furry friends.

That’s when he thought of creating a website for Rottweilers.

At first, Ahmed did not take up such a massive project. Rather, he wanted to start small. He created a fan page on Facebook, and quite surprisingly, the fan page amassed a lot of followers, around 200k within 3 weeks! He could see that his fans were really expecting a lot from this small fan page. They were interacting with each other, talking about the challenges of raising a Rottweiler, and also, complaining about the false stigma placed on this wonderful dog breed. It was clear that the fans needed something more. Ahmed Sohby decided to create a blog - Rottweiler Life.

Rottweilers are indeed very niche. Most websites on dogs do not limit themselves to one specific breed of dog. Ahmed took a risk. And surprisingly enough, it flourished too. The Rottweiler Life website has become quite popular among many dog owners, and is standing strong with over 1.4 million followers. The website has even been awarded the Best Rottweiler website in 2014.

Rottweiler Life might have grown a lot, but Ahmed is not looking for income from his website. He wants to educate people about Rottweilers and help them train them. Rottweiler Life provides information on all the different types of Rottweilers, what makes them different, and even goes into the inner subtleties of the breed. Along with that, Rottweiler Life is full of information like training tips, nutritional habits, growth goals, etc., which will help you understand your dog better, and train them into proper gentle-dogs.

There is also the history of the evolution of Rottweilers. According to Ahmed, if you want to train your Rottweiler well, you should be aware of every bit of the history of your dog. It will help you approach your furry buddy with complete honesty, and encourage you to give them a complete holistic training. You can become their true friend. If you are someone who is worried about owning a Rottweiler, Rottweiler Life also gives you a lot of exciting news about this dog breed. You can even look into funny Rottweiler videos to ease off if you want.

Rottweiler Life is a success and it made Sohby realize that the audience is still looking for more. Sobhy published his ebook, Rottweiler Life. Again, the reaction to the book exceeded his expectation. The book was positively received all over the world and got the US Bestsellers’ tag too. Rottweiler Life has even become LLC Media Company, which is now based in Florida, USA.

From his experience at Rottweiler Life, Ahmed Sohby understood that the media plays an important role in setting the perception of people. Due to fake media news about Rottweilers, the dog breed has become tainted with an infamous stigma. Ahmed has helped to clean the image of Rottweilers a little, but he wanted to do more. So, now, he started publishing a Rottweiler Life magazine, which comes out every month. The magazine has exclusive content and tries to spread more awareness about Rottweilers. It also wishes to lower the notoriety that the Rottweiler breed has gained over the years.

His fans support him and his supporters are always looking to push him to become better. Ahmed believes that he has the instincts to make things work for himself and for the people who ask help from him. He is not willing to look back anytime soon.

For Ahmed, things have just begun rolling, and he would keep it rolling.

(The above story first appeared on LatestLY on Jul 05, 2020 11:42 AM IST. For more news and updates on politics, world, sports, entertainment and lifestyle, log on to our website latestly.com).