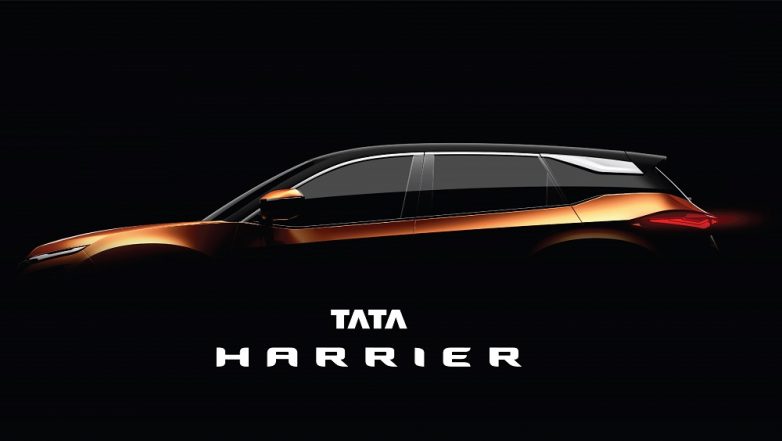 Tata Motors, a well-known auto manufacturing company has officially announced the production-spec name of H5X as Tata Harrier. Revealed at Auto Expo 2018, the new upcoming SUV proffers a glimpse of future products from Tata's stable which will be loaded with styling, technology and performance capabilities. The company officially teased the SUV before revealing its product name wherein the teaser image revealed the Humanity Line that the SUV would sport upfront. Expected to make its commercial launch by the first quarter of 2019, the SUV will be positioned above Nexon in Tata's product line-up. Tata H5X SUV Teased Ahead of Official Production Name Reveal; India Launch Likely by Early 2019. 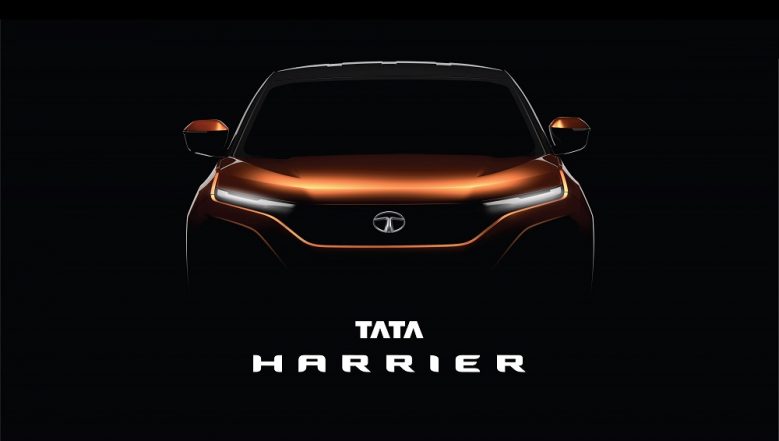 The SUV will be manufactured from Tata's facility in Chakan which will take on Hyundai Creta, Jeep Compass and others in the segment. Under the hood, the new Tata Harrier is expected to share its powertrain option with Jeep Compass which comes powered by a 2.0-litre diesel engine. 2018 Honda Jazz Facelift India Launch Likely on July 19; Expected Price, Features & Specifications.

Mr Mayank Pareek - President, Passenger Vehicle Business Unit, Tata Motors said – “With Turnaround 2.0 into play, we are geared to win sustainably in the market. We are proudly speeding towards our next market introduction – ‘Tata Harrier’, yet another game changer, to offer our customers a product, that is not only exciting but that which will take our brand value to the next level. With legendary pedigree running through its veins, ‘Tata Harrier’ promises to shatter all current benchmarks and pave entirely new standards for SUVs in India. This is in line with our well-defined go-to-market strategy. We are excited to introduce the ‘Tata Harrier’ to our customers and are gearing up for the commercial launch in the first quarter of 2019.”