Ajay Devgn To Shoot His Introduction And Climax Scene During The Mandvi Schedule Of Bhuj: The Pride Of India

A larger-than-life introductory scene with Ajay Devgn will be shot, followed by the action-packed finale featuring the actor who plays the central character in Bhuj: The Pride Of India. 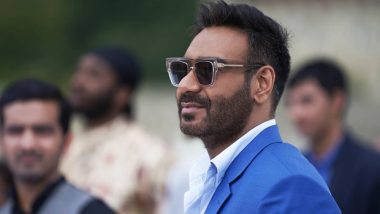 Ajay Devgn, Sonakshi Sinha, Sanjay Dutt, Parineeti Chopra, Rana Daggubatti and Ammy Virk will be seen together in the upcoming film, Bhuj: The Pride Of India. A few days back, Ajay joined Sonakshi and Sanjay in the Hyderabad schedule of the film, which is being directed by Abhishek Dudhaiya. Now, as per the latest development, the second schedule of the film will start today in Mandvi where Ajay will reportedly film his introduction scene and the action-packed climax.

According to Mumbai Mirror, “Filming begins today in the Mandvi district where a larger-than-life introductory scene with Ajay Devgn will be shot, followed by the action-packed finale featuring the actor who plays the central character. The shoot will continue for the next 20-25 days.” The report further reads that ace action-choreographer Peter Hein will be designing the high-octane action sequences. Additionally, a few other action directors from Bulgaria and Vietnam have also come to India to make the climax more powerful. “Ample time was invested in designing stunts. Peter and his team have been at work for almost three months now. Even Ajay is involved in the process,” the source was further quoted by the tabloid. RRR: Ajay Devgn to Play the Role of Ram Charan’s Father in SS Rajamouli’s Magnum Opus?

(The above story first appeared on LatestLY on Jul 24, 2019 11:01 AM IST. For more news and updates on politics, world, sports, entertainment and lifestyle, log on to our website latestly.com).