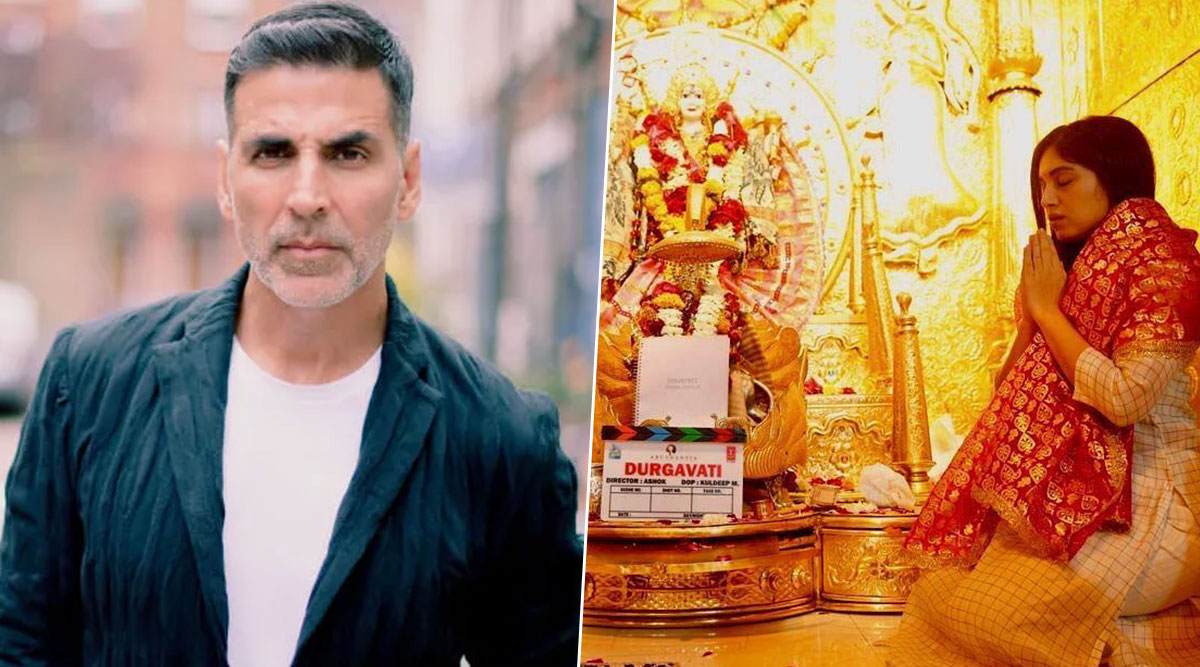 Actress Bhumi Pednekar on Thursday started shooting for her upcoming film Durgavati. Superstar Akshay Kumar, who is presenting the horror-thriller, shared a picture from the sets as the film went on floors. In the image, Bhumi is seen seeking blessings from the Goddess. Bhumi Pednekar and Her Summery Chic White Tone Is a Perfect Holiday Style Statement!

"#Durgavati begins, with blessings and good vibes, as always need your best wishes as well," Akshay wrote on Instagram. Durgavati is being directed by G. Ashok. It is reportedly the official Hindi remake of Telugu film Bhaagamathie. Bhumi too posted the same image on social media. Bhumi Pednekar on Upcoming Social Drama Series MTV Nishedh: ‘I Think the Effect Is Going to Be Very Hard-Hitting’.

"With her blessings, we start #Durgavati Need all your support and love as I start the most special film of my career. @akshaykumar sir I am ready to stand tall and strong :) #AshokG sir @ivikramix @shikhaarif.sharma #CapeOfGoodFilms @abundantiaent @mahieg Let's do this," she captioned the photograph.