Directors like Anurag Kashyap, Vikramaditya Motwane and Kabir Khan have ventured into digital space but Rai is in no hurry into jump into this bandwagon. 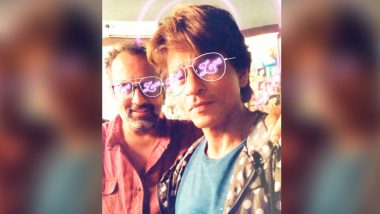 Mumbai, December 16: Aanand L Rai believes as a filmmaker one should have guts to bring a story they believe in on screen. The 47-year-old director, whose next "Zero" features Shah Rukh Khan, said the story should be the hero of the film and audiences as well as filmmakers should not be influenced by the star power. "Films are part of life. There is different high in converting something that is on paper to breathe on the big screen. My driving force is the story. The story comes from anywhere.

"The world around me inspires, at times you get something from society, at times you want to give something to society. I should have a reason to tell a story. It is essential to have guts and fearless approach (in making films). Neither the audience nor the maker should be in awe of somebody," Rai told PTI. The director, known for films like "Tanu Weds Manu", "Raanjhanaa" and "Tanu Weds Manu Returns", said his aim is to stay connected with Indian audience. Zero Movie: Anushka Sharma Reveals How She Prepped Up to Play a Cerebral Palsy Patient – Deets Inside.

"I have made Indian, rooted films because I want to stay connected with audiences. Talking about relationships, I think people today have become calculative about love and that they don't end up falling in love easily." As a producer Rai has been backing unconventional films such as "Nil Battey Sannata", "Happy Bhag Jayegi", "Shubh Mangal Saavdhan", "Tumbbad", "Manmarziyaan" and others. He also presented India's Official Oscars entry for 2018 "Newton". Aanand L Rai Discussed Idea of Zero with Salman Khan Before Shah Rukh Khan.

He said filmmakers and writers should create a space for all genres and never underestimate the audience. "Producing films is a great breather for me. I enjoy being part of those films as they allow me to float and go into new genre whether it is ‘Tumbbad' or ‘Shubh Mangal Savdhan', etc. It is allowing me to get into a new space. I am contributing to cinema. "I know I will not be able to direct a film like ‘Tumbbad' or 'Newton' but getting associated with it makes me proud. All films that I have produced are in different spaces and I am lucky and blessed that stories are being liked."

Directors like Anurag Kashyap, Vikramaditya Motwane and Kabir Khan have ventured into digital space but Rai is in no hurry into jump into this bandwagon. "I won't do it so quickly. I will spend time understanding it, understand the form. It is an important medium. I think it needs a study before you jump into it.

"I disagree when people say that cinema will suffer because of digital medium. Rather it is pushing us to do better," he added. "Zero", also featuring Katrina Kaif and Anushka Sharma, releases Friday.