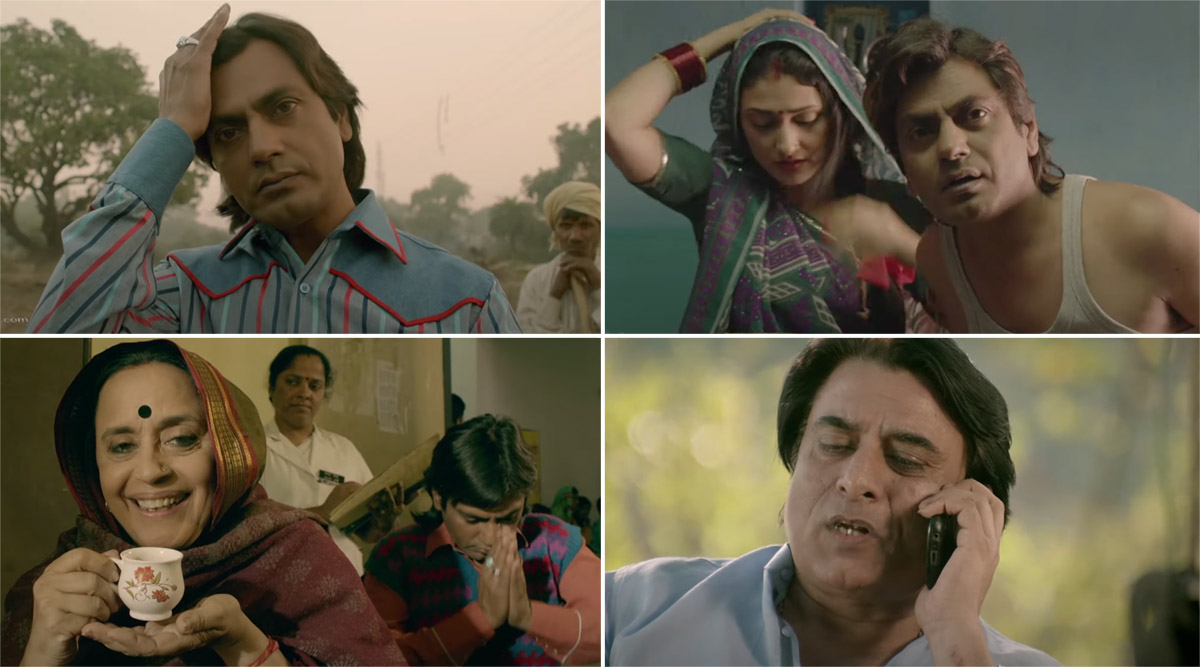 Nawazuddin Siddiqui starrer Ghoomketu is finally seeing the light of the day! The movie was made long back but its release was long impending. During lockdown, the makers decided to stream it on the digital platform. On the actor's birthday today, the makers finally released the trailer of this comedy drama. The Pushpendra Nath Misra directed film is all set to stream on Zee 5. Ghoomketu Teaser: Nawazuddin Siddiqui's Comedy Drama Looks Like a Fun Ride With Ranveer Singh, Amitabh Bachchan and Sonakshi Sinha's Cameos (Watch Video).

In the trailer, we see a struggling writer who runs away to Mumbai from UP to make it big. He is extremely close to his aunt who he treats as his mother and also takes interest in his stories. In a series of hilarious events, Nawazuddin's character tries to convince biggies and sell his stories. He also aspires to meet Shah Rukh Khan in the journey. Anurag Kashyap who plays a cop is on the chase of this writer, with a month's deadline.

The trailer also sees Raghuvir Yadav, Ragini Khanna, Chitrangda Singh in glimpses. Then there are starry cameos of Amitabh Bachchan, Ranveer Singh and Sonakshi Sinha too! The trailer was totally a Nawazuddin-show and hence definitely seems to be a promising watch! 8 Lesser-Seen Films of the Nawazuddin Siddiqui That You Didn’t Know Are Available Online on Netflix, YouTube and HotStar.

The movie was supposed to see a theatrical release initially. However, due to coronavirus pandemic, the makers shifted to OTT platform release. It will now stream on the digital platform from May 22 onwards.