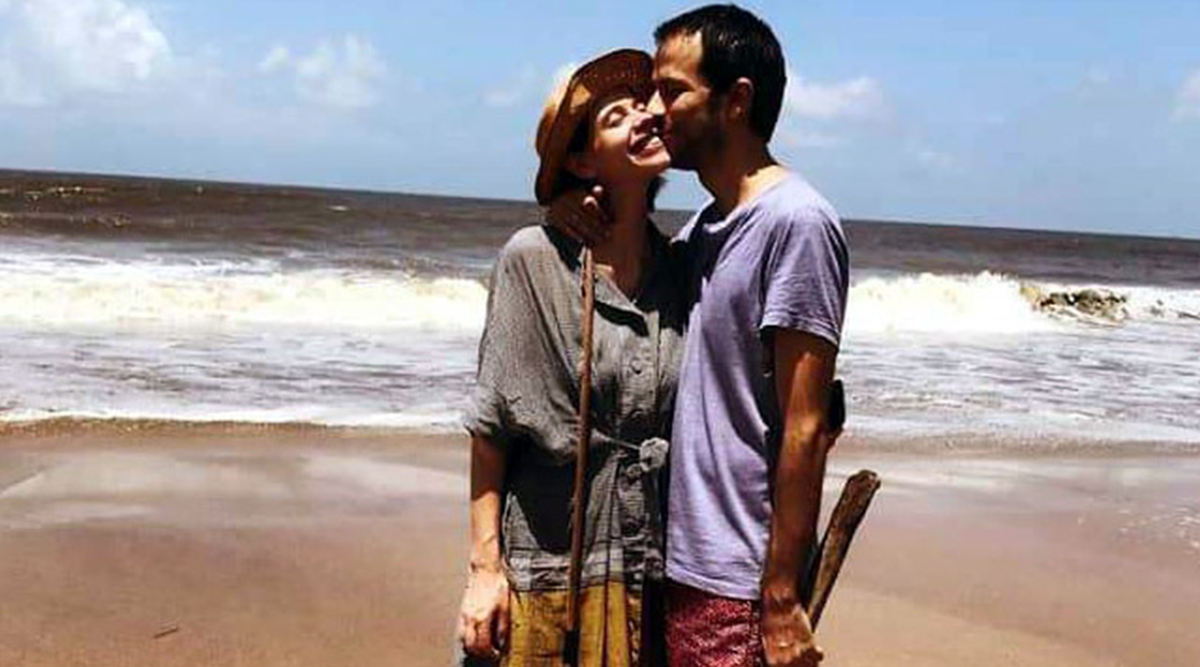 Kalki Koechlin with Boyfriend Guy Hershberg (Photo Creditits: IANS)
Kalki Koechlin is pregnant with her first child. The 35-year-old actress, who is five months pregnant now, has her due date in December. She is planning to deliver her baby through water birthing in Goa. The "Made in Heaven" actress is pregnant with her first child with boyfriend Guy Hershberg, who is an Israeli classical pianist, reported HT Brunch. Kalki is now spending time listening to Guy's music, going for walks with him and doing yoga. She has also reduced the use of the mobile phone. Kalki Koechlin Is Pregnant! Sacred Games 2 Actress Expecting First Child with Beau Guy Hershberg.

"I already feel the changes in the way I react to things. I am more deliberate, slower, more patient. When motherhood comes eventually, it brings with it a new consciousness to your sense of the person. I still want to work but it is less about the rat race and more about nurturing oneself through one's work. It becomes about infusing concentration and energy inward," she said. Kalki Koechlin Shares Pic With Boyfriend! Here’s All You Need to Know About Sacred Games 2 Actress’ ‘Guy’ Hershberg!

If reports are to be believed, Kalki herself was born through the process of water birthing and hence the decision to give birth to her little one in a similar way. The actress has also reportedly decided the name of her child. The name is such that it works for both male and female gender. On the work front, Kalki's latest is the ZEE5 original web series Bhram. The actress, who recently made her Tamil film debut with "Nerkonda Paarvai", is currently prepping for another web series.