Karan Johar Upset With Film Fraternity For Not Standing By Him Decides to Quit MAMI Board?

Karan Johar is deeply affected by his online lynching since the past couple of days and has decided to quit as the board member of MAMI. 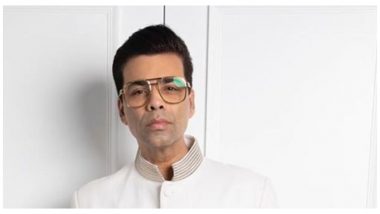 Karan Johar's absence from social media is understood these days. The actor was at the receiving end of trolls who blamed him for Sushant Singh Rajput's suicide. The nepotism debate was sparked once again in the industry, only this time it turned more verbally violent. Johar was even quick in unfollowing all his industry friends on Twitter and today, he merely has two big names in his list of "following". In fact, the online lynching has affected him so much so that he has decided to exit from the MAMI Board. Inder Kumar’s Wife Pallavi Kumar Reveals Her Husband Was Victim of Nepotism Just Like SSR, Accuses Shah Rukh Khan and Karan Johar for Not Giving Him Work.

As per new reports in Mumbai Mirror, the director and producer has already tendered his resignation from the board of MAMI film festival. He's not even contemplating on his decision and has already mailed his resignation letter to the festival's artistic director Smriti Kiran. The filmmaker is apparently unhappy that none of his fraternity members stood by him in this nepotism debate and hence took the decision to distance himself from the prestigious film festival. Sushant Singh Rajput’s Demise: Ram Gopal Varma Defends Karan Johar After Netizens Blame Him for Nepotism (View Tweets).

Deepika Padukone is the chairperson for the MAMI film festival and she even tried to convince him to rethink his decision. However, her attempts went in vain as Karan was very firm on his part. Besides him, the other board members include Zoya Akhtar, Kabir Khan, Siddharth Roy Kapur, Vikramaditya Motwane and Rohan Sippy.

(The above story first appeared on LatestLY on Jun 25, 2020 11:27 AM IST. For more news and updates on politics, world, sports, entertainment and lifestyle, log on to our website latestly.com).