Karan Johar's Big Announcement of Dharmatic's Collaboration With Netflix India is Full of References to K3G's Poo and We Wonder if It Hints at Something! 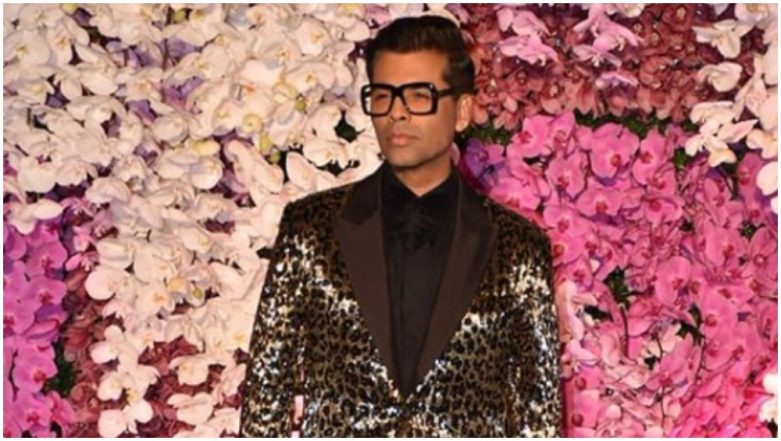 With the success of Indian web-series and original films on Netflix such as Sacred Games and Lust Stories among others, the streaming platform is becoming a major player for content consumption. Karan Johar took to Twitter on Wednesday, September 11 to announce that his production house's digital content wing, Dharmatic will be collaborating with Netflix India for original feature films as well as web-shows. The big announcement comes in a video where Karan is seen talking about stories and how the audience connects with them. Kaun Banega Crorepati 11: Karan Johar Knew the Answer of Rs 1 Crore Question and It had a Takht Connection.

Sharing the video, Karan wrote, ".@NetflixIndia is about to get @Dharmatic_! So excited about our exclusive collaboration with NETFLIX! We are creatively aligned to produce original feature films & series (fiction & nonfiction)...it’s going to be P.H.A.T!"

What's special though is that Karan makes quite a bit of references to Kareena Kapoor Khan's character 'Poo' from his famed directorial Kabhi Khushi Kabhi Gham and we can't help but wonder if we are getting a special something, a spin-off with Kareena Kapoor Khan in her legendary character. The actor not only mentions her character in the video but also wrote "PHAT" in his tweet.

Till now, we already know Dharma's upcoming projects with Netflix such as Kiara Advani starrer film, Guilty which is being helmed by Ruchi Narain. We are expecting announcements about more projects to follow soon.

Apart from Karan Johar, Bollywood actor Shah Rukh Khan too has turned producer for the upcoming Netflix original series, The Bard Of Blood. The series will be produced by Khan's Red Chillies Productions, who also have another project with the streaming giant in the pipeline which is called Class of 83.