Reportedly, Bhansali has found a voice he believes can give musical resonance to his version of 'Baiju Bawra'. For the female vocals, Bhansali admits it is virtually impossible to replicate Lata Mangeshkar. 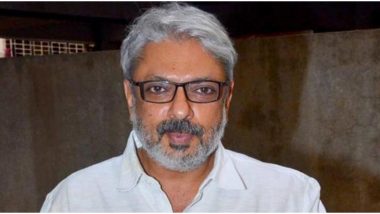 Mumbai, November 23: With the upcoming "Baiju Bawra", Sanjay Leela Bhansali will direct his first full fledged musical. "Baiju Bawra", a story of two singers, will have nearly a dozen songs.

Bhansali says this is the biggest challenge of his career: "I am not even thinking of the colossal music Naushad saab did in 'Baiju Bawra' in 1952. It is impossible to scale those heights."

But the "Devdas" director, who officially started composing music for his own films since "Goliyon Ki Rasleela: Ram-Leela" (2013), is giving it his own best shot. Sanjay Leela Bhansali's Next after Alia Bhatt's 'Gangubai Kathiawadi' is 'Baiju Bawra', Film to Release on Diwali 2021.

A new voice will be introduced for the new "Baiju Bawra". In the original, Mohammad Rafi scaled unparalleled heights of self-expression in songs like "O duniya ke rakhwale" and "Man tadpat hari darshan ko aaj", songs that are remembered vividly to this day. Hindustani classical doyens Ustad Amir Khan and DV Paluskar were also part of the male playback team.

Reportedly, Bhansali has found a voice he believes can give musical resonance to his version of "Baiju Bawra". For the female vocals, Bhansali admits it is virtually impossible to replicate Lata Mangeshkar.

"Who can sound as pristine and sublime as Lataji did in 'Mohe bhool gaye saawariya' and 'Bachpan ki mohabbat' in the earlier 'Baiju Bawra'? There can never be another singer like Lataji. But I will continue to look for echoes of her voice in all the female singers I work with," says Bhansali.

(The above story first appeared on LatestLY on Nov 23, 2019 11:33 PM IST. For more news and updates on politics, world, sports, entertainment and lifestyle, log on to our website latestly.com).