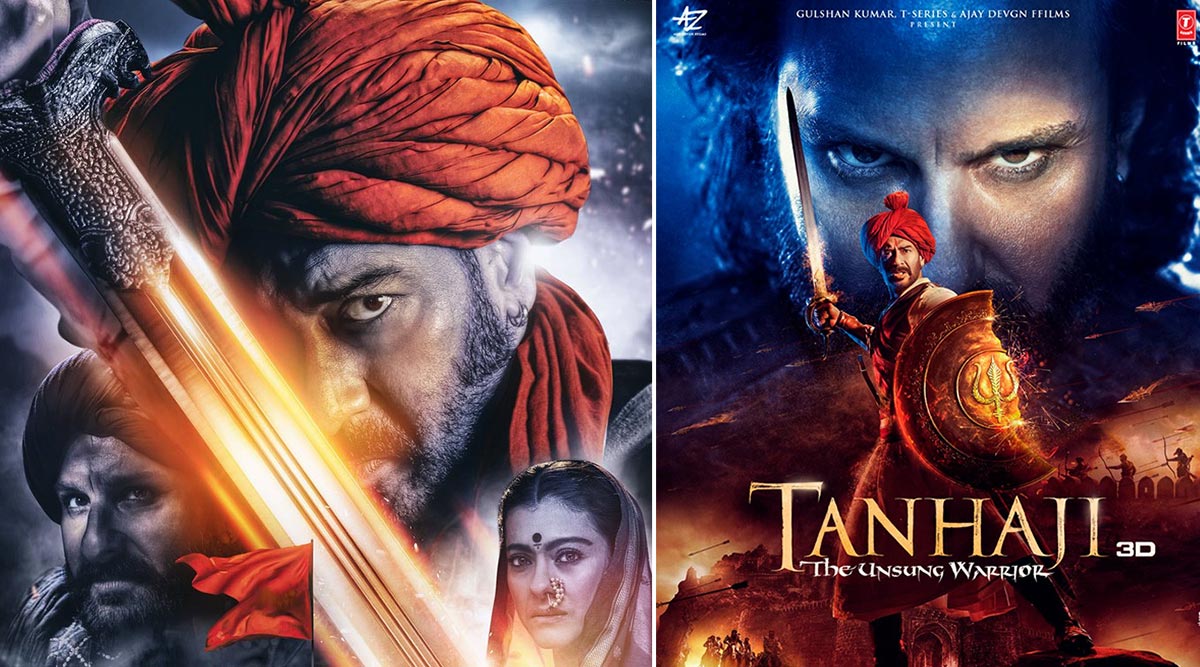 Ajay Devgn's Tanhaji: The Unsung Warrior heads for a January 10 theatrical release in India. Thankfully, no big controversy happened with the film's release around the corner unlike that of Panipat's Bajirao dialogue or Padmaavat's Karni Sena row. The film is a period drama about the valour of Maratha's and it celebrates the heroics of one of the greatest warrior in the history of medieval India named Tanaji Malusare. The trailer of the film has been welcomed among the viewers with open arms and the film's anticipation is witnessed with more than 5.5 crores views and 1.1 Million likes on its youtube trailer. Tanhaji: The Unsung Warrior: Ajay Devgn’s Historical Saga Lands in Trouble after a Plea Gets Filed for Not Showing the True Lineage of the Warrior.

The film showcases the Battle of Sinhagad set in17th century, the Mughal Emperor Aurangzeb who decides to expand his expansion to capture the Kondhana fort which was the capital of Southern India during that time. The Maratha Emperor Chhatrapati Shivaji Maharaj orders his General Tanaji Malusare to capture Kondhana at any cost to protect Southern India from Mughal invasion, while the Mughal emperor sends his trusted commander Uday Bhan to defend the fortress.

Here's the trailer of Tanhaji: The Unsung Warrior

The Music of Tanhaji: The Unsung Warrior is composed by Ajay-Atul, Sachet–Parampara and Mehul Vyas with lyrics written by Swanand Kirkire and Anil Verma.

Here are few songs from the film

Considering the grand scale of this magnum opus, Tanhaji: The Unsung Warrior is reportedly made on a budget of Rs 150 crores including print and advertising cost. Which means the Ajay Devgn starrer must enter the Rs 200 crores club to be a super hit.

Tanhaji's is very much in buzz from the day since its trailer was released. The film would enjoy a wider release and is expected to open with big numbers. LatestLY predicts Tanhaji: The Unsung Warrior's first day collection to be somewhere around Rs 13 to 15 crores. It would easily cross the 40 crores mark at the opening weekend.

Tanhaji: The Unsung Warrior reviews are not out yet. Latestly will update you with its take on the Ajay Devgn's 100th film. So do not forget to keep an eye on our website to catch our thoughts on the film.