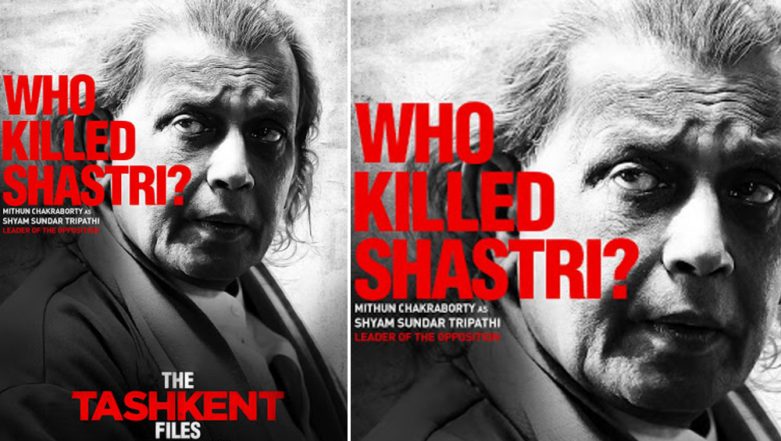 Currently, Hollywood biggie Avengers: Endgame is ruling the Indian box office and has already crossed the Rs 300 crore mark. Last week, two more films arrived in theatres, Sunny Deol and Karan Kapadia starrer Blank and Setters featuring Aftab Shivdasani and Shreyas Talpade. And despite all of this, Vivek Agnihotri's directorial venture The Tashkent Files is holding up well at the ticket windows. Though the film garnered not so great reviews and opened to low occupancy on the first day, the political thriller has still managed to do decent business at the domestic box office. In fact, the collections have only gotten better with each passing day. The Tashkent Files Box Office Collection: Naseeruddin Shah and Mithun Chakraborty Starrer Does Well Despite Stiff Competition From Avengers Endgame, Earns Rs 9.72 Crore

Further, Boxofficeindia.com reported, "The Tashkent Files continued its steady run in the fourth weekend and took its numbers to 13 crore nett approx. It should be around 14 crore nett after the fourth week. The film has done very well to this far with a just 36 lakh nett start on day one." While Agnihotri's film is steadily building up its collection, the Mithun starrer will get affected once Student of the Year 2 releases this Friday.