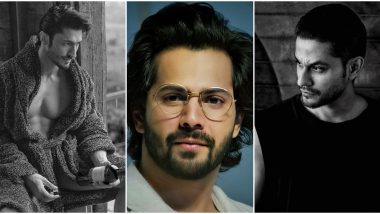 Disney+ Hotstar's huge press conference where they announced 7 big Bollywood movies and its releases on their OTT platform turned into a space with nepotism when actors Vidyut Jammwal and Kunal Kemmu lashed out at the platform. They took to social media to make their displeasure of not invited to the press conference, of their respective movies that will be releasing on the OTT platform, while other actors Ajay Devgn, Alia Bhatt, Akshay Kumar, Varun Dhawan and Abhishek Bachchan, of the remaining 5 films were invited to the virtual press conference. Vidyut Jammwal vs Disney+ Hotstar: Fans Come Out in Support of Khuda Haafiz Star After Latter Calls Out the OTT Platform For Ignoring His Film (View Tweets).

The only difference was that while Vidyut upfront, in a tweet called out Disney+ Hotstar and Bollywood for encouraging favouritism and for ignoring his and Kunal's film, Kunal was rather subtle in his taunt and challenged everyone (again subtly) to give him a playing field. Kunal Kemmu Takes A Subtle But Classy Dig At Disney+ Hotstar For Not Including Him In Virtual Press Conference (View Tweet).

However, while the OTT platform and the Bollywood celebrities included in this mess are yet to comment on Vidyut and Kunal's absence, here's what happened during the virtual press conference. Coolie No 1 actor Varun Dhawan, who was among the 5 invited B-Town celebs at the press con, filled in for Vidyut and Kunal and promoted Khuda Haafiz and Lootcase. From Akshay Kumar&#8217;s Laxmmi Bomb, Alia Bhatt&#8217;s Sadak 2 to Ajay Devgn&#8217;s Bhuj: The Pride of India, 7 Big Bollywood Films Confirm OTT Release on Disney+ Hotstar.

"Kunal and I workout in the same gym. So, I know a lot about LootCase and have heard what the story is about from him. He also showed me some behind the scenes and that looks like an amazing film. There is an amazing star cast as well. I have always been a fan of Kunal Kemmu since his work in Raja Hindustani. And I keep telling him as well that he is one actor who always inspires me," Varun had said while promoting Lootcase, as per a report in SpotboyE.

Check Out Lootcase's Poster Below:

Check Out Khuda Haafiz's Poster Below:

About Vidyut's film, Varun was quoted as saying by the portal, "And coming to Khuda Haafiz, There is no one like Vidyut Jamwaal in our country who can do what he does. He is a tremendous talent- his art, his skill, his dedication. I want to say that I am a big fan. Lot of people are Jamwaalians. Great work by getting KhudaHaafiz as well on this platform." We honestly await to see both Vidyut and Kunal's reactions to Varun's statements and the organisers' clarifications as to why the actors were not a part of the programme.

(The above story first appeared on LatestLY on Jun 29, 2020 11:46 PM IST. For more news and updates on politics, world, sports, entertainment and lifestyle, log on to our website latestly.com).