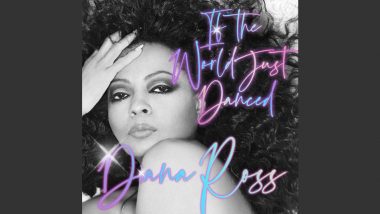 Diana had announced her album 'Thank You', her first since 2006's 'I Love You', with the release of its title track back in June. "There's no wrong way to dance, just do it," Ross said in a statement. "Let everyone know to have FUN. Joy, Joy, Joy is the answer. Playfulness! Happiness! When you dance there is only love in life. When you dance the world dances," she said, according to Stereogum.com. DianaRoss Released the Lead Single Thank You from Her First Studio Album in 15 Years.

Diana rose to fame as the lead singer of the vocal group the 'Supremes', who became Motown's most successful act during the 1960s and one of the world's best-selling girl groups of all time. They remain the best-charting female group in US history, with a total of 12 number-one hit singles on the US Billboard Hot 100, including, 'Where Did Our Love Go', 'Baby Love', 'Come See About Me', and 'Love Child'.

In the 1970s, Ross followed a solo career and became one of the decade's most infamous disco queens. She also appeared in the hit movie, 'The Wiz', as lead character Dorothy. Ross has since also boasted big hits in the '80s and '90s.

(The above story first appeared on LatestLY on Sep 06, 2021 01:49 PM IST. For more news and updates on politics, world, sports, entertainment and lifestyle, log on to our website latestly.com).