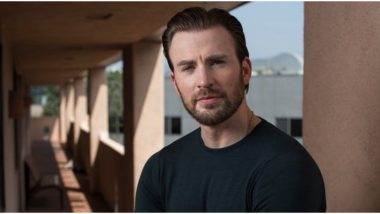 Chris Evan may have played Captain America for the longest of time but the character wasn't his favourite superhero. Like all of us, Evans too had his favourite and surprisingly or not, it wasn't the one that was offered to him ultimately. In fact, it was his fellow Avenger and you can rest assured that it wasn't a name from DC universe. The superhero that we are talking about is your friendly neighbourhood Spider-Man. Yes, Peter Parker's alter ego was Evans' favourite character and we don't judge him. Chris Evans Birthday Special: 10 Insanely Good Looking Pictures of the Captain America Actor that Will Make you Ditch Your Boyfriend.

Chris in his recent conversation with South China Morning Post's STYLE Magazine revealed that though he enjoyed all the spidey antics, he would never be comfortable in playing him on-screen. "I love Captain America, but Spider-Man was my childhood hero. I would have loved doing scenes like attaching myself to the sides of buildings and trying to spring from one building to the next. But I would have hated to wear Spider-Man's mask. I'm very claustrophobic, and I doubt whether I could have worn that kind of full suit and mask for hours a day on a set," he said.

Speaking about hos he prefers his own earlier costume, the actor said, "I much prefer my Captain America outfit, which I think is cooler anyway!" Captain America wasn't the only superhero character he played in his filmy career. Chris was also a part of the Fantastic Four team where he played Johnny Storm/Human Torch. Chris Evans Almost Turned Down the Role of Captain America Following His Struggle with Anxiety.

Guess, the actor is done playing superheroes as he has made it pretty clear that he won't return to his blue and red suit. He's done playing Captain America and we think it's the right decision.

(The above story first appeared on LatestLY on Jun 16, 2020 11:47 PM IST. For more news and updates on politics, world, sports, entertainment and lifestyle, log on to our website latestly.com).