Snyder is only present on one social media platform, Vero. There, a fan asked if "Do you bleed" line will be in the new version of JL. Snyder responded, "Uh no that literally makes no sense." Shots fired. 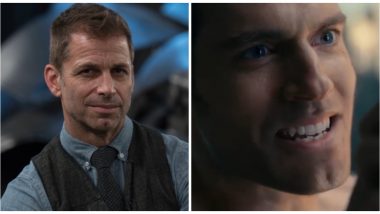 After Zack Snyder's exit from Justice League, the movie underwent a huge change following new director Joss Whedon's supervision. Now, years later, fans have successfully arm-twisted Warner Bros into releasing the 'Snyder Cut' of Justice League - a win for a gruellingly long online campaign called 'Release The Snyder Cut'. We will finally get to see what Snyder envisioned for the film and it might just be better than what we saw on screen. The director, currently on the editing table, is removing a lot of stuff including 'Do you bleed' dialogue. Zack Snyder Is Working on His Cut of Justice League for Free.

In one of the iconic scenes in Batman VS Superman, Batman asks Superman: "Do you bleed?". Of course, he is curious given the fact that Superman is an alien and not much is known about him. In Whedon's Justice League, after the resurrection, Superman asks Batman if he bleeds.

Snyder took to his favourite social media platform, Vero to make a revelation. There, a fan asked if "Do you bleed" line will be in the new version of JL. Snyder responded, "Uh no that literally makes no sense." Shots fired! Here's What Zack Snyder Has to Say About Robert Pattinson's The Batman!

Check Out The Tweet With Screenshot Of Zack's Response Here:

nope we're not over yet.

"uh no that literally makes no sense" - Snyder's response to 'Do you bleed?' from JL theatrical. pic.twitter.com/AkNiNzxPht

Check Out The Scene In Question Here:

Snyder Cut of Justice League will be launched on HBO Max. It is not yet known if it will be a movie or it will be cut into an episodic mini-series. The movie has a panel at DC Fandome event, which will start in a couple of hours. We might get our answer. We might also get a brand new teaser of Justice League.

(The above story first appeared on LatestLY on Aug 22, 2020 09:10 PM IST. For more news and updates on politics, world, sports, entertainment and lifestyle, log on to our website latestly.com).